Bankers take risks and cash-in while the general public covers the cost. A new law should stop that from happening, the German government has promised. It could make doing business more expensive for banks. 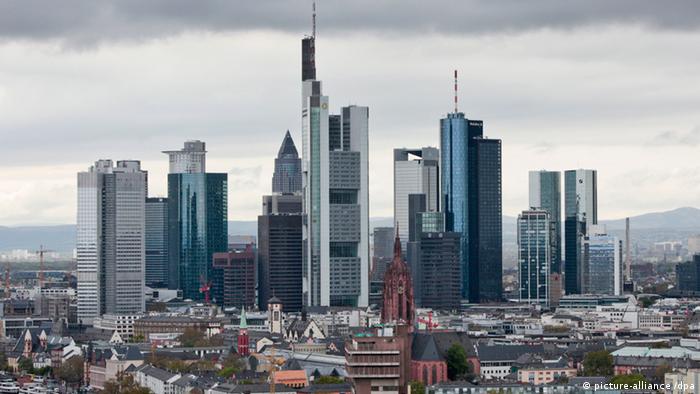 G20 states all agree, the losses from risk-taking banks should no longer be a burden for taxpayers. In order to make that possible, the German cabinet decided on a new "basic order" Wednesday (22.08.2012). The guidelines came from Brussels and run to around 1,000 pages. While the contents continue to be haggled over in minute detail in capital cities throughout Europe, the German cabinet is already taking steps to implement the regulations. It wanted to send a clear signal, according to the Finance Ministry in Berlin. The new law will come into effect at the beginning of 2013.

German credit institutes will now have to raise their core capital quotas – that's capital not tied to risks such as credit or financial investments – to seven percent by the end of 2018. Up until now, it was just two percent. One lesson from the global banking crisis was that a large security buffer for possible losses should be created. If a bank fails to meet the minimum quota, bonus payments and dividend payouts must be approved by German financial market regulator BaFin. For 29 globally operating, so-called "system relevant" banks, the European Banking Authority (EBA) has already stipulated a net equity of at least nine percent. Deutsche Bank and Commerzbank belong to that group.

The law drawn up by the German government also states that banks must not break the upper limit for debt and must guarantee their liquidity. The goal is for them to remain solvent even if crisis hits. New security standards, more stringent monitoring, increased transparency and harsher sanctions through the banking regulators should rein in excessive risk-taking on the part of credit institutes, the costs of which are carried by taxpayers. As such, a bank that breaks the rules could face fines twice as high as the possible returns on a risky deal. In addition, banking executives can lose their accreditation and, in extreme cases, banks can even be shut down. 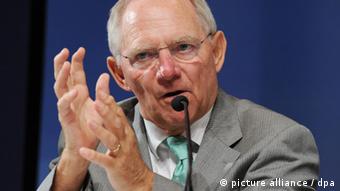 The new regulations stem from a resolution that the governors of the central bank and leaders of the regulatory authorities from 27 of the most important industrial and developing countries agreed to in the Swiss city of Basel in September 2010. The agreement is known as Basel III. The European Union created a detailed package of rules and regulations in May 2012, the details of which are still being negotiated between the European Council, the European Parliament and the EU Commission. Above all, the issue is how far individual countries can stray from the regulations.

Germany hopes to have the new law ready to be implemented by the end of the year. It is just one of about 40 proposed laws that Berlin hopes will better regulate the financial sector.

Finance Minister Wolfgang Schäuble has warned time is running out, since Europeans committed to implement the new house rules for banks before January 1, 2013. He hoped "that the partners in Brussels also feel the sense of urgency."

Can breaking up banks fix the financial crisis?

An over 80-year-old idea is on the table in the United States and Germany: separating risky investment activities from everyday banking. But views differ on how strict the separation should be and if it will even help. (10.08.2012)

There's not a lot that German politicians agree on these days, especially not the euro crisis. But in many cases, it's domestic politics that is behind the tough words. (08.08.2012)