Under the new abortion law, medical professionals and organizations could state that they carry out abortions. The reform has been criticized by some health professionals who say it prevents access to useful information. 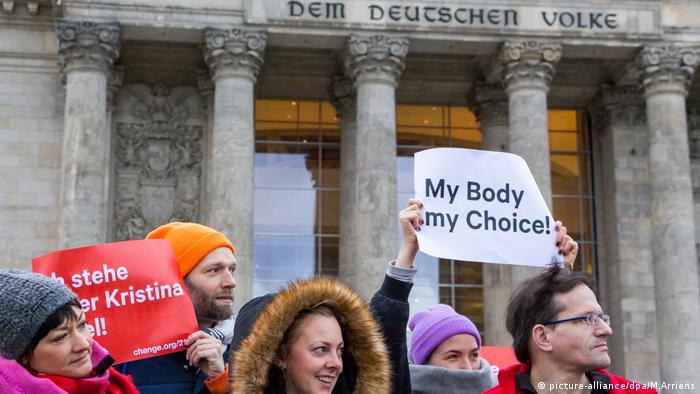 The German Cabinet on Wednesday approved a compromised amendment to the law which currently bans medical professionals and clinics from even mentioning that they offer abortions.

The compromise proposal would continue to ban the "advertising" of abortions — also the word used to describe the current restrictions — but would in future allow practitioners to at least say whether they provide abortions or not.

To receive any further information about the procedure itself, women will still have to talk to authorities, counselling centers and medical associations. These are currently the only places they can receive legal advice.

Parliament still needs to agree to the change before it is fully approved.

That controversial section of German law — paragraph 219a — remains in place, but is supplemented by new information options under the compromise.

The Social Democratic Party and opposition parties had wanted to remove the paragraph from the penal code altogether, but Chancellor Angela Merkel's Christian Democrats (CDU) and their Bavarian allies in the Christian Social Union (CSU) refused. 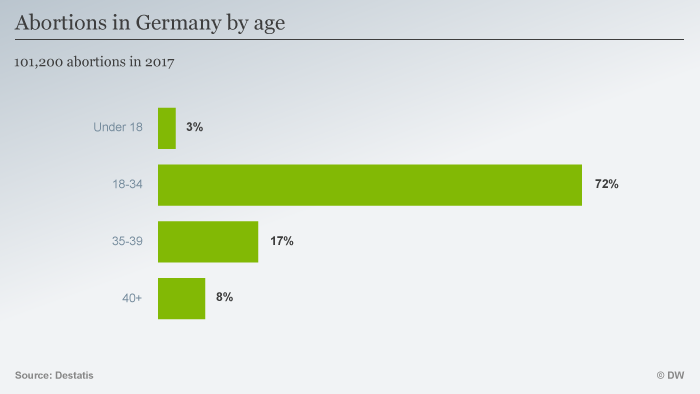 The changes to the law state that doctors and hospitals may say on their website that they perform abortions under the legal requirements.

The German Medical Association is also to draw up a list of doctors and hospitals that carry out abortions. That list should also include the different options and methods available and should be constantly updated.

Many German hospitals are run or supported by Catholic organizations and do not offer abortions, a practice that remains technically illegal in Germany, but became possible under certain conditions in West Germany as of 1976.

A further compromise is that in the future, contraceptive pills will be paid by health insurance until a woman's 22nd birthday rather than until her 20th birthday, as before.

Justice Minister Katarina Barley said the changes to the law were a "good compromise."

"We are making sure that doctors, hospitals and other institutions have the opportunity to publicly inform that they are carrying out abortions," Barley said.

Doctors and women's groups have criticized the law for continuing to prevent pregnant women from obtaining comprehensive information on abortions from their doctor.

Social Democrats MP Maria Noichl, who heads a women's group within the SPD, said the reform was still guilty of "patronizing women and doctors."

"Ultimately, this is a question of conscience that every woman and every man must decide for themselves," Noichl said.

SPD MP Hilde Mattheis has called for an on-the-record vote in the Bundestag, saying MPs might not be bold enough to reject the reforms by name.

"Politics becomes transparent in named votes," Mattheis told the Passauer Neue Presse newspaper. "I have always clearly positioned myself on this question: Politics should be based on the majority. And the majority are women."

They wear cat masks to disguise their identity for their own protection: Female activists in Mexico support women who want an abortion or have experienced domestic violence.

In the United States, large numbers cast their ballots to protect abortion rights in the typically conservative state. The vote — taken by many as an indicator of popular opinion — is seen as a loss for the anti-abortion movement.