Ex-Chancellor Gerhard Schröder prompted bitter criticism in Germany by taking a top job in Russia's Rosneft. However, there are many other Germans who already have a formidable presence in the Russian business world. 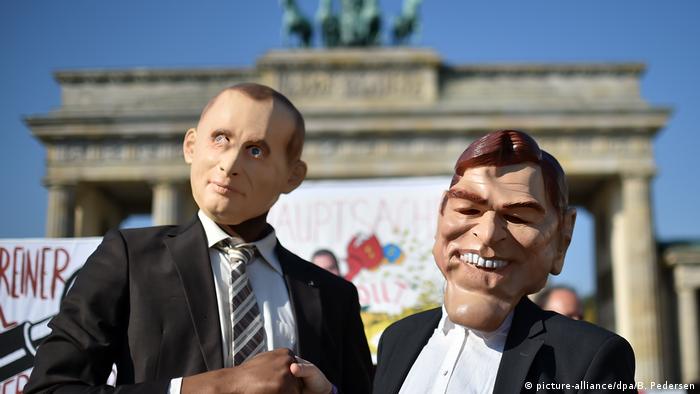 German politicians responded with outrage to Schröder taking over as chairman of Rosneft's board of directors on Friday. The ex-chancellor's apparent closeness with Russian oligarchs and the Kremlin is an embarrassment to Berlin, which is still locked in a diplomatic crisis with Russia. Rosneft, a Russian energy giant, is one of the companies targeted by the EU sanctions.

Andreas Scheuer, a leader of the Bavaria's CSU party, called the former chancellor a "Russian mercenary," while another conservative lawmaker Norbert Röttgen said it was "completely unbelievable" that Schröder would chose to "cash in" on his stint as chancellor in this way.

Der Spiegel magazine even quoted Martin Schulz, from Schröder's own left-leaning SPD party, as saying that "the guy [Schröder] has gone completely nuts."

However, Schröder is far from the first famous German to break into the top tier of Russian companies.

Gerhard Schröder's career in Russian companies started only a few weeks after he left office in 2005. First, he was appointed head of the advisory board in a firm called Nord Steam AG, which was founded by Russia's Gazprom. He soon moved to the top of the shareholders committee in the smaller company. According to the ex-chancellor's autobiography, this appointment was personally arranged by Russian President Vladimir Putin. Schröder became chairman of the board in Nord Stream 2, which deals specifically with expanding the pipeline transporting natural gas from Russia to Germany. He has retained both positions to this day.

Read more: Rosneft - an oil well near the Kremlin

Schröder also held a senior position in another major oil company, called TNK-BP, from 2009 to 2011. The company was acquired by "Rosneft" in 2014. Soon thereafter, the Russian Komersant newspaper reported on Schröder's possible transfer to the board of directors of Rosneft, although it took years before the company and the former German leader followed through.

From Stasi to the top of Russia 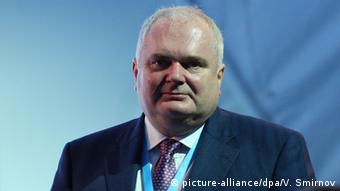 While Schröder capitalized on his political experience and connections, other Germans took different paths. Before the fall of the Berlin Wall in 1989, Matthias Warnig had worked in the DDR's infamous Stasi security service. In 1990, he got a job working for the Dresdner Bank and soon became the first person to obtain a license to open a foreign bank in Saint Petersburg. There, he established contact with Vladimir Putin, who was starting out his political career. According to the official version of events, Warnig and Putin first met in Saint Petersburg. However, according to media reports citing Warnig's former colleagues, the two were already acquainted in Dresden, where Putin worked for the Russian secret service, the KGB.

Either way, by the middle of the last decade, Warnig had become an increasingly imposing figure in the Russian business world, gradually gaining entry to top tier of Russia's largest companies. Between 2003 and 2015, he was a member of the supervisory committee of Rossiya bank, which is controlled by pro-regime businessmen Yuri Kovalchuk and Nikolai Shamalov. The former Stasi agent also served as the CEO of Nord Stream AG, and is now the executive director of Nord Stream 2. Additionally, he is a member of an advisory board of the VTB bank, and the board of directors in both Rosneft and pipeline-producing Transneft. He also holds one of top jobs in the Russian aluminum giant, Rusal. In 2012, he received a medal from Vladimir Putin for "special merit in the development of bilateral relations" with Russia.

Several top managers from Germany have found jobs in Russia after holding top posts in major German corporations. One of them is Burckhard Bergmann. In the mid-2000s, he led the top energy business in Germany, E.ON-Rurhgas, and served as an independent director in Gazprom, before entering the board of directors in Novatek, another major natural gas producer in Russia. He was awarded the Russian Order of Friendship in 2011.

Russia's state railway company also has a German in their board of directors. Harmut Mehdorn, a close fried to former chancellor Schröder and a former chief of Germany's Deutsche Bahn, joined the board in 2011, after leaving his post in the German company over a scandal which involved spying on employees.

A former president of the German Central Bank, Ernst Welteke, also works in Russia. He became a member of the board of directors of the Russian "Centr-Invest" in 2005, after he left the German bank over corruption allegations. 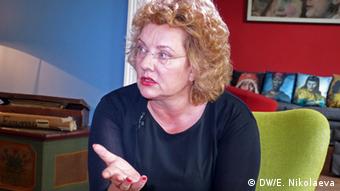 Another top German manager, Ron Sommer, has been heading the board of directors of Russia's mobile provider MTS since 2009. Earlier, Sommer served as the head of the German telecommunications giant Deutsche Telekom between 1995 and 2002. MTS' biggest shareholder is the conglomerate Sistema, which is owned by one the richest people in Russia, Vladimir Evtushenkov. The German also joined the board of directors of Sistema last year.

Another top MTS official is Thomas Holtrop, formerly the head of the T-Online internet provider and a board member in Deutsche Telekom. In 2015, another German joined Sommer and Holtrop in MTS – Regina von Flemming, formerly CEO of the publishing giant Axel Springer. Von Flemming took up the post after the German company sold its assets in 2015, in order to comply with changes in Russian media law. She has also served as an advisor to Evtushenkov since 2016.

Germany has had eight chancellors since 1949: seven male, one female. Currently, Angela Merkel is in office. Here's an overview of all the chancellors and their legacies. (22.09.2013)