A strong euro and high oil prices put a dent in business confidence in Germany, dampening the six-month outlook. But the euro-zone's biggest economy is expected to continue its upswing in the second half of the year. 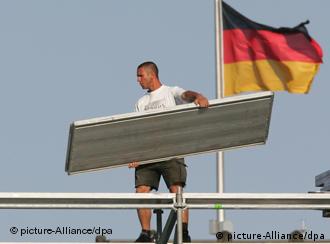 A survey of 7,000 German firms showed companies viewed their business operations and prospects with less optimism for the next six months than they had earlier in 2007, according to figures released Thursday by Ifo, a Munich-based economic research institute.

The widely-watched business climate index fell to 106.4 points in July from 107 points in June, Ifo said in a statement. That's the lowest level since October 2006. 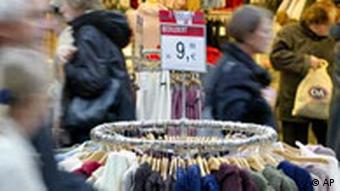 "The companies polled judged their current business situation as positively as last month but their business outlook for the next half year does not look quite as favorable," Ifo President
Hans-Werner Sinn said in a statement. "[Nevertheless] these results indicate the economic recovery will continue in the second half."

It's the third consecutive month that companies have downgraded their view of the business climate. High oil prices, rising interest rates and a strong euro have fuelled fears that the German economy might slow after booking a 2.8 percent growth rate in 2006.

Economy expected to stay strong in 2007 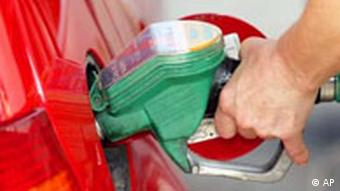 Tanking up is expensive

The German economy will continue to grow in the upcoming months amid signs of a continuing fall in unemployment, Sinn said.

German economists have projected a 2007 growth rate at or above last year's level, but feel it might slip towards 2 percent in 2008. Strong exports and consumer spending have helped fuel recent growth rates.

Business confidence has also recently fallen in other European countries such as Italy, Belgium and the Netherlands.

The drop in business confidence combined with a rise in the money supply means the European Central Bank will likely delay an interest rate hike until late this year, analysts said.

Matthias Rubisch of Commerzbank said the Ifo backed up the bank's forecast that the German economy will lose steam over the coming months.

"Although the index remains at a very high level historically, it would be unwise to ignore the recent downward trend," he told AFP news agency. "We still envisage strong second-half growth above the long-term average, but not at the pace of last year. No more than average growth now seems likely in 2008."

Germany's buoyant growth, increasing employment and a willingness among consumers to buy is fuelling consumer confidence in Europe's biggest economy, according to a key economic indicator. (26.06.2007)

The current economic boom in Germany enabled Europe's biggest economy to hold its jobless rate at the lowest level for six years this month, data shows. (31.05.2007)