After eight grueling weeks away Bivsi Rana has arrived back in Germany, the place she calls home. Greeted by fellow classmates at the airport, she appeared happy to be among familiar faces. 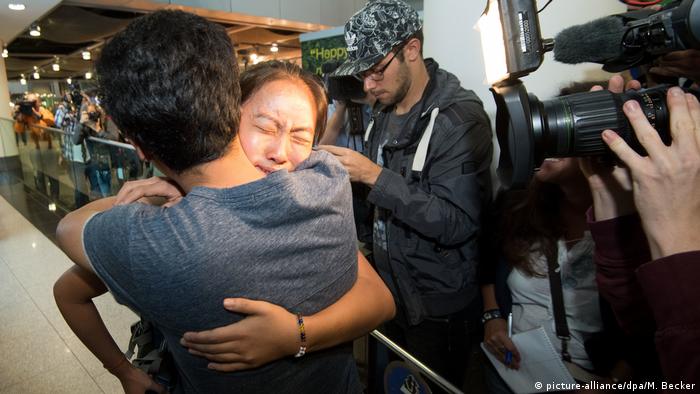 Bivsi Rana, a German-born Nepalese girl, arrived at Dusseldorf airport on Wednesday to a crowd of supporters holding signs that read: "Welcome Bivsi!"

Her brother and her fellow students welcomed her at the airport when she arrived. At first, she was overcome with joy, bringing her to tears. But as her classmates and supporters gathered around her, she appeared tranquil. 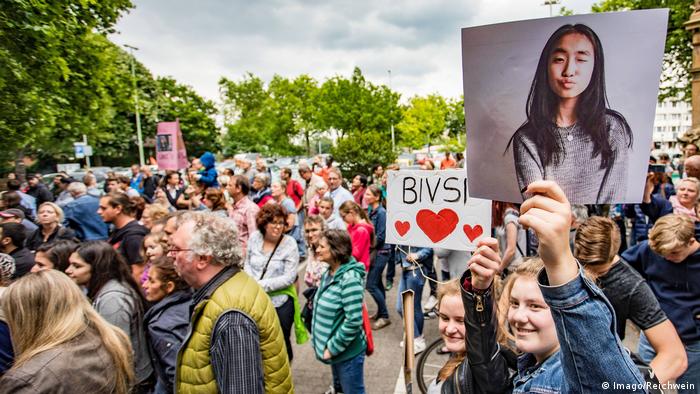 Bivsi's classmates staged rallies in support of the German-born girl

After eight grueling weeks, 15-year-old Bivsi returned to the place she calls home, Germany. Despite being born in the country, German authorities pulled Bivsi out of her classroom in May and deported her and her parents to Nepal that same day.

According to authorities, her parents' asylum request had been denied more than a decade ago, effectively placing them in the unenviable position of awaiting deportation. In Germany, even if you're born in the country, you are not automatically granted citizenship.

Bivsi's deportation to Nepal shocked the community in the western city of Duisburg, prompting her fellow students to organize and lobby the mayor and local government to take action on her case. 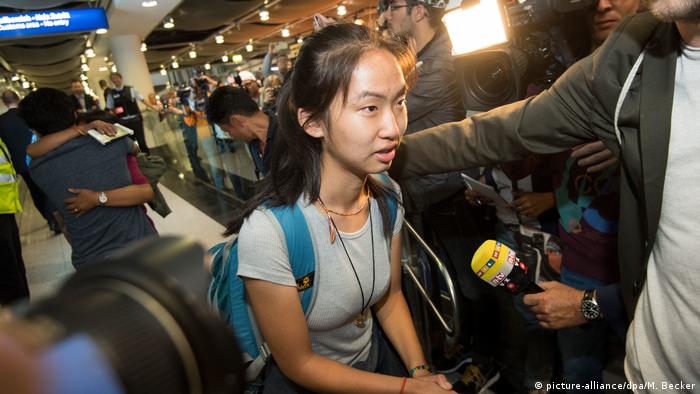 Bivsi was met not only by supporters, but also by the media on her return

Duisburg Mayor Soren Link, a member of the center-left Social Democrat Party, said he was impacted by the students' efforts.

After two months of bureaucratic wrangling and protests, Bivsi was offered a "student exchange visa" to allow her to return to Germany. The visa also allowed her parents to accompany Bivsi on humanitarian grounds.

"This is a unique case that cannot be generalized," said North Rhine-Westphalia state Integration Minister Joachim Stamp in July. "The right of the child stood in the foreground in this decision. Bivsi was born in Germany and grew up here – she is de facto a German kid."