The Bavarian carmaker has denied using defeat devices, saying it was a problem of incorrect, unsuitable software in the 750d and M550d models. A class-action lawsuit has been launched in the United States. 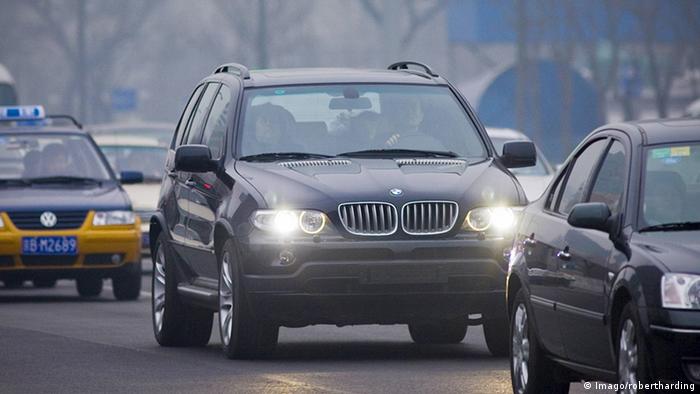 The Federal Motor Transport Authority (KBA) ordered the recall for more than 11,000 of the luxury BMW models on Friday.

To date, BMW has denied involvement in the diesel emissions scandal that has hit German competitor VW since 2015 when the Wolfsburg auto giant admitted to test-cheating software in millions of its vehicles.

Raid and a lawsuit

Prosecutors raided BMW headquarters earlier in March saying they had launched a preliminary investigation into suspected diesel-emission fraud, expressing reason to believe 11,400 cars could have been equipped with the "inadmissible defeat devices."

On Tuesday, US law firm Hagens Berman filed a class-action suit accusing BMW of colluding with Robert Bosch GmbH and Robert Bosch LLC to create manipulative software that would mask illegally high levels of pollution while undergoing emissions testing. It alleges the diesel SUV and 4-door sedan emit up to 27 times more nitrogen oxide than the legal standard.

"At these levels, these cars aren't just dirty – they don't meet standards to be legally driven on US streets and no one would have bought these cars if BMW had told the truth," said Hagens Berman's Steve Berman. "BMW chose to join the likes of Volkswagen and so many others, to build an illegal emissions-cheating system."

BMW denied the charge and a spokesman said, "As a matter of principle, BMW Group vehicles are not manipulated and comply with all respective legal requirements."

Faulty use of software

The company maintains that it is a faulty use of software rather than targeted manipulation.

According to BMW, the software program for the X5 and X6 SUV models, which use the same engines, had been mistakenly used on two BMW5 and BMW7 series cars from 2012 until 2017. The software was not suitable for these cars and did not correctly clean the exhausts, the company said, adding that, "A correctly programmed software subroutine was mistakenly allocated to incompatible models."

Once approved by the authorities, corrected software is to be provided for the vehicles affected, according to BMW.

Volkswagen was found to have built "defeat devices" to alter results during tests into more than 11 million cars worldwide in the so-called "dieselgate" scandal.