Just when you thought the emails would stop, things may have taken a turn for the worse. GDPR has arrived with some unforeseen consequences, including US news sites blocking access and companies suspending service. 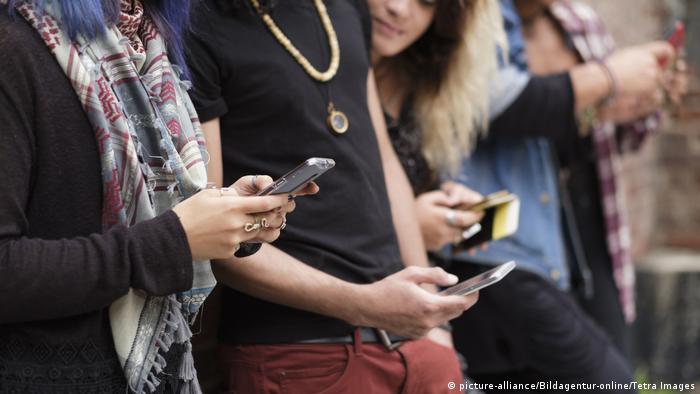 Since the EU's General Data Protection Regulation (GDPR) went into effect on Friday, internet users in the bloc have had to deal with unforeseen consequences, including US newspapers blocking access and some companies suspending support for their products.

"We are engaged on the issue and committed to looking at options that support our full range of digital offerings to the EU market," said the Los Angeles Times on its website. 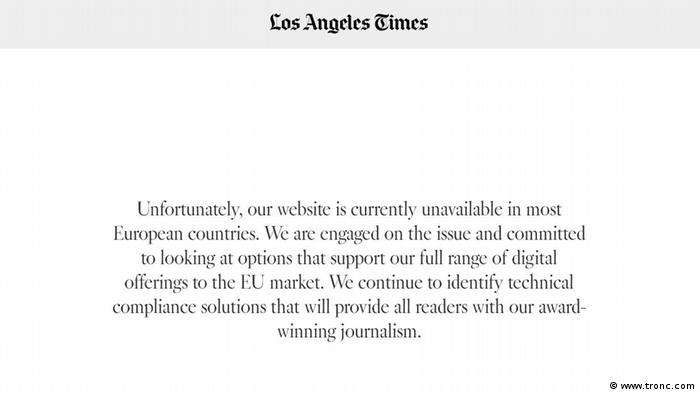 Instapaper, a bookmarking service owned by Pinterest, suspended its service to European clients as it makes "changes in light of GDPR." But that's not the only fallout.

Aside from the issues that have plagued GDPR's first day, rights groups have also signaled that companies could be held responsible for poor adherence and questionable practices.

Noyb, a digital rights group based in Austria, announced on Friday that it filed four complaints against Google's Android application, Facebook, WhatsApp and Instagram for "forced consent."

Read more: Privacy is not dead, but it’s going to cost you

The group said that instead of making users feel free to make a decision on a service's privacy policy, "the opposite feeling spread on the screens" of users.

"Tons of 'consent boxes' popped up online or in applications, often combined with a threat that the service cannot … be used if users do not consent."

"In the end, users only had the choice to delete the account or hit the 'agree' button – that's not a free choice," said Schrems.

“Companies are concerned about a loss of their reputation”

The US nonprofit Ranking Digital Rights looks at tech companies’ disclosure of policies and practices affecting freedom of expression and privacy. Director Rebecca MacKinnon talks about these companies’ responsibility. (16.05.2018)

This cyberwar just got real

Is death and destruction the only way to do war? Or can it be less graphic, like a cyber attack on air traffic control, or an artificial intelligence bombarding emergency services with fake calls? (24.05.2018)

Google uses unclear language and deceptive designs that trick users into agreeing to give up their data, EU watchdogs have said. The tech company has two other pending antitrust suits in the EU.