Gauck focusing on freedom in Turkey | Europe| News and current affairs from around the continent | DW | 28.04.2014

Gauck focusing on freedom in Turkey

German President Joachim Gauck will address issues such as the rule-of-law and freedom of speech during his visit to Turkey. But the trip is unlikely to attract much media attention in the country. 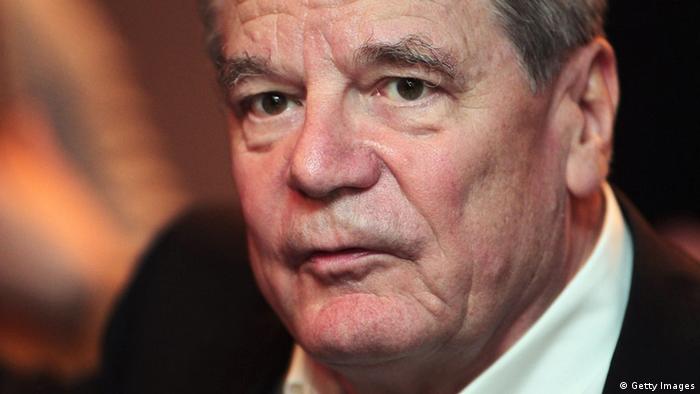 Joachim Gauck's visit to Turkey this weekend (26.-29.04.2014) will take place before the controversies of Prime Minister Recep Tayyip Erdogan's Twitter ban and corruption allegations have had a chance to die down. Nevertheless, according to the German president's office the rule of law and fundamental rights will be at the heart of the four-day trip.

Gauck will hold meetings with President Abdullah Gül as well as Erdogan, and visit Bundeswehr troops and a Syrian refugee camp in Kahramanmaras in southeast Turkey. 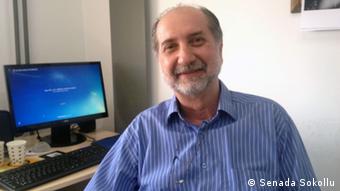 Though officially the head of state, the German president has largely ceremonial duties and removed from everyday politics while the chancellor is the head of government and has a major role in determining German policymaking.

State-affiliated Turkish media are unlikely to report many details of Gauck's visit. Government-controlled news agency Anadolu, for instance, failed to mention that Gauck intends to talk about freedom of the press and freedom of expression, while private news agency Cihan restricted itself to a brief biography of the president, who is known in Germany for his stalwart support for civil rights. Only the Hürriyet newspaper mentioned civil rights in its reporting.

Such differences in news reporting are normal, said political scientist and columnist Cengiz Aktar of the Istanbul Policy Center. "The Erdogan-friendly media will hardly report on the visit," he said. "Others will, but not comprehensively. But that has less to do with censorship than with Gauck's main Turkish interview partner - that's President Gül and not Prime Minister Erdogan."

This constellation is deliberate and has become almost customary during Western political leaders' visits to Turkey. "It's not easy as a politician from a Western country to meet a prime minister in the middle of a corruption scandal," said Aktar. "It could put the visitor in a bad light. That's why it's certainly understandable that Gauck will be reluctant - and that's a political signal in itself."

The central problem that Ankara currently has with German politics is the perennial question of its potential European Union membership. "The CDU [Merkel's party] has positioned itself clearly against Turkey's full membership in the EU," said Gönen. "Germany has to decide whether Turkey is to become a part of the EU - with all the attendant rights and responsibilities - or not." 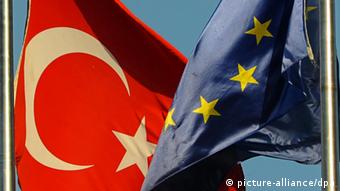 Turkey's accession to the EU has become a perennial problem

At the same time, Gönen acknowledged that Germany's economy is particularly important to Turkey. "Most of Turkey's industrial sectors were improved with German expertise, technology, and standards," he said, adding that German companies like Bosch have moved production centers to the country.

Meanwhile, German-Turkish relations have traditionally been close, mainly because of Germany's large Turkish community. "The grand coalition in Germany has improved that situation for German Turks, as can be seen in the law on dual nationality," said Gönen.

The new law means that children born to immigrant parents in Germany no longer have to choose their nationality by the time they are 21, and can carry both passports - as long as they have lived in Germany for eight years.

Gönen pointed to another sign of the growing bond between Germany and Turkey - that the term "guest worker" has now been consigned to the past. "The Turks in Germany belong to Germany," he said. "They're not going away. That necessarily brings the two countries together."

Such cultural exchanges will also be a part of the impending state visit, during which Gauck and Gül are set to open a new German-Turkish University in Istanbul.

The conciliatory statement by Turkish Prime Minister Erdogan to Armenians signals a departure from the country's previous position on a difficult chapter of its history. Experts view it partially as an election tactic. (25.04.2014)

Controversy over judicial reform in Turkey

The Turkish constitutional court has ruled that parts of Prime Minister Recep Tayyip Erdogan’s judicial reform are unconstitutional. Erdogan is angry, but it’s not the court's first ruling to go against him. (17.04.2014)