Men's and women's teams from the British and German armies played a pair of commemorative friendlies in Nottingham, days before the centenary of the end of World War I. Even in the trenches, football never died. 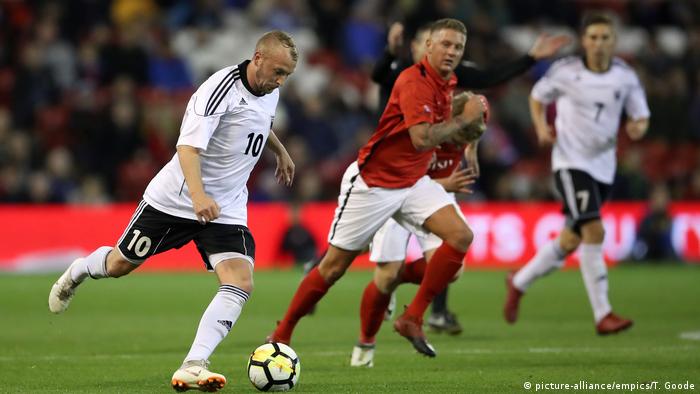 Nottingham's two major stadiums played host to a pair of football matches between the British Army and Germany's Bundeswehr on Thursday.

The "Games of Remembrance" event is designed to honor both the sacrifices made by footballers who signed up for the conflict, and the game's continued importance to soldiers who had shipped out.

At the front, football was a quick and easy way to keep soldiers in good physical shape (trench warfare wasn't ideal for conditioning, to say the least) and to provide a boost of morale. The tale of the Christmas 1914 football game as part of an impromptu ceasefire is probably the best known example, even though there's a good chance it's apocryphal. If it did take place, then probably on or around the Messines Ridge in Flanders, based on some isolated letters home from the front.

British troops also famously launched the Somme offensive by chasing after a ball booted out of one of their central trenches. 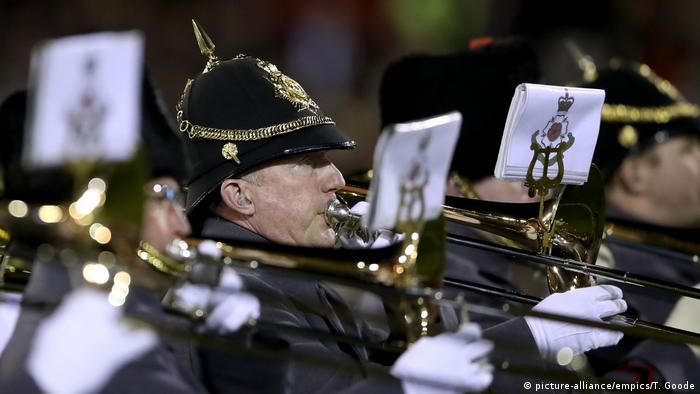 Roots of women's football in focus

From the UK alone, around 100,000 registered players ultimately volunteered to fight. This led to league football being put on hold, but also to some of the earliest examples of competitive women's football. Just as they were deputizing in the factories and offices, women began to take to the field, often to represent these employers. This was why Games of Remembrance entailed a pair of games, one for each sex. 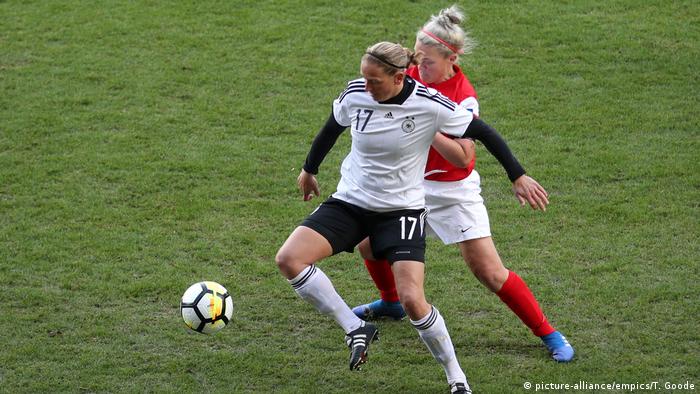 "The story of women, football and the war is little known," project patron and retired England international Kelly Smith said. "It was difficult for the injured returning home to accept the idea of women playing 'their' game — but the war had forced an unstoppable change in the role of women in society."

As to this unstoppable change in roles, women would also receive the vote in both Germany and the UK immediately after the war's end — although unrestricted suffrage for British women took another decade, with only limited voting rights granted in 1918.

The Bundeswehr came out on top in both games, with the women winning 2-1 at Notts County's Meadow Lane stadium and the men claiming a 3-1 victory in the evening fixture at the City Ground, home to Nottingham Forest. 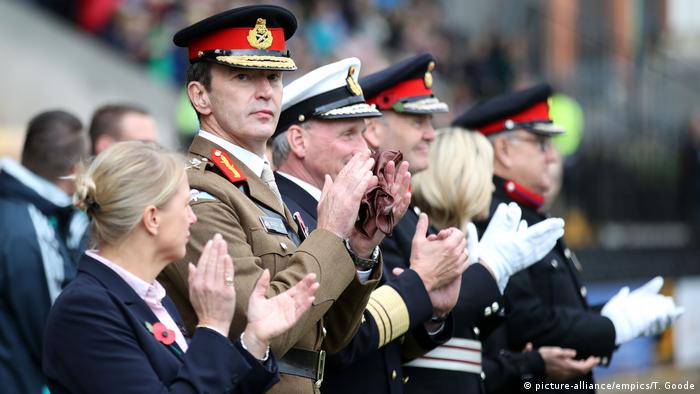 Top brass were on hand, along with former servicemen and women