Gagauzia: A new stumbling block for Moldova | Europe | News and current affairs from around the continent | DW | 23.03.2015

A candidate supported by Russia is likely to win the vote for a new governor in Gagauzia, an autonomous region in Moldova. The Moldovan government and the EU fear that Gagauzia's separatist ambitions are on the rise. 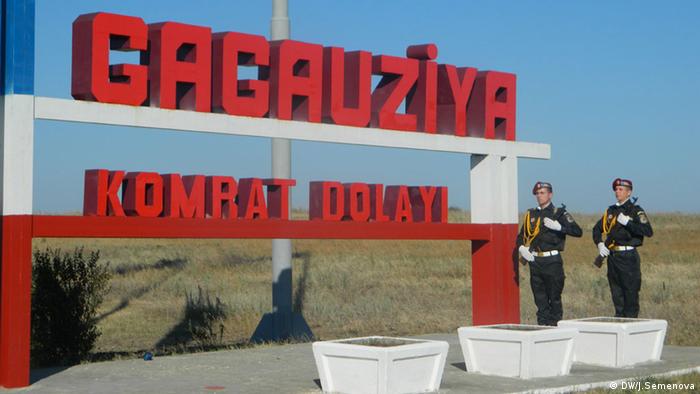 For Gagauzia, Europe is a distant and unappealing concept. This was evident in a referendum carried out early last year: 98 percent of the population was in favor of strengthening ties with Russia.

A recent survey showed that only 2 percent of Gagauzians were happy about the EU association agreement signed by Moldova - an overwhelming majority supported the idea of a customs union with Russia, Belarus and Kazakhstan. Gagauzia has 160,000 residents, the majority of them Gagauzians - a Turkic, Orthodox Christian people.

In contrast to Transnistria, which broke away from Moldova in 1992 after a bloody civil war, Gagauzia has remained an autonomous region within Moldova. But along with the unfolding crisis in Ukraine, stronger separatist tendencies have developed. And it is no secret that Russia is involving itself in local affairs to weaken the influence of the Moldovan government. One example of this is the exception made for Gagauzia in the embargo on Moldovan wine and agricultural products - a ban imposed by Russia in response to Moldova's EU association agreement.

Gagauzia's strong pro-Russia stance can also be seen in the local media landscape: it nearly exclusively consists of Russian news sources, which deliberately misinform their audience about European integration. They present an extremely negative picture of the European Union and stir up fears about alleged colonization by the EU.

Surveys show that in Sunday's gubernatorial election in Gagauzia, a pro-Russian candidate, Irina Vlah, had the best chances of success. Out of those polled, 60 percent had said they would vote for her in the first election round.

The socialist politician not only received support from her party, but also from Russia. Russian delegates traveled to Gagauzia's capital, Comrat, on several occasions to get involved in the election campaign. Moldova's pro-European government sees this as blatant interference in the country's domestic affairs and fears an increase in separatist ambitions.

For Moldovan journalist Nicolae Negru, Russia's involvement in the Gagauzian election is a clear provocation. In an interview with DW he said Moscow was attempting to pitch Gagauzia against the Moldovan government. The goal of this is to "weaken Moldova's European perspective."

Current developments in the region seem to confirm his theory. The annexation of Crimea last year and the war in Ukraine, Russia's strategic partnership with the separatist regions in Georgia - Abkhazia and South Ossetia - and the recent presence of Russian troops in Transnistria are all major obstacles to cooperation between the EU and Georgia, Ukraine and Moldova.

Moldovan political scientist Corneliu Ciurea sees Moscow's efforts as an attempt to promote separatism in the region. However, he also places some of the blame on the Moldovan government: the never-ending rivalry between the so-called pro-European parties and their lack of interest in Gagauzia has destroyed the trust of the Gagauzian people. He warns that Gagauzia could give up its loyal form of autonomy in favor of a solid anti-European stance.

Recent statements by Russian Foreign Minister Sergei Lavrov have not helped ease tensions. On Russian television, Lavrov said that because of Moldova's EU association agreement, Russia needed to do more to serve the interests of certain areas in the region, especially Gagauzia. 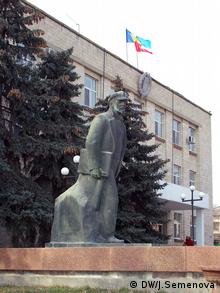 In Germany, the Gagauzian election was followed great interest. In a statement for DW, chairman of Germany's Commission for European Union matters, Gunther Kirshbaum, said that "Russian interference is plain to see and one can only warn Moscow to not continue its destabilizing course in Europe following the developments in Ukraine."

He pointed out that, just like Ukraine, Moldova was a sovereign state and "everything that undermines this sovereignty is a clear breach of international law."

According to the Bundestag's Moldova and Ukraine expert Bernd Fabritius, Irina Vlah's electoral victory could lead to a radicalization of the demands made by Gagauzia, such as for more independence.

"Since the socialist party is financed directly by Moscow, an annexation scenario in this case is a very real possibility," Fabritius told DW.

However, Manfred Grund, chairman of the German-Moldovan Forum, sees "no clear signs that the situation is leading to a split-off like Transnistria's." Instead, he said Moscow's aims were more about exerting pressure on the Moldovan government and destabilizing the country.

The new governor of the autonomous region of Gagauzia, Irina Vlah, is pro-Russian. Her election is a setback for the Republic of Moldova's prospects in Europe, says DW's Robert Schwartz. (23.03.2015)

The war in eastern Ukraine continues to sow unrest in the European Union and NATO. Now, the focus is shifting to the tiny republic of Moldova on the EU's eastern border, and the breakaway territory of Transnistria. (02.03.2015)