A social network popular with the far right and touted as the "free speech" alternative to Twitter has been ostracized by major tech companies. The main synagogue shooting suspect used Gab hours before the attack. 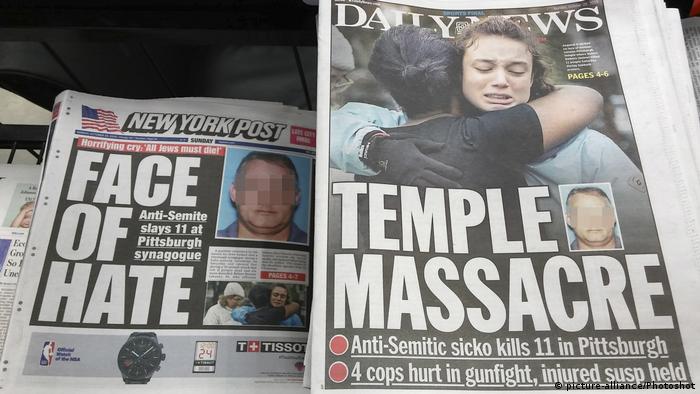 GoDaddy, which provides web hosting services, gave far-right social media network Gab.com 24 hours to move their domain to another registrar before it would terminate its contract on Monday.

Gab.com was reportedly used by 46-year-old Robert Bowers, the main suspect in a shooting at a synagogue in the US city of Pittsburgh that killed 11 people.

Roughly two hours before the attack, Bowers took to Gab.com to say he was "going in" after accusing a Jewish nonprofit that helps resettle refugees of bringing "invaders in that kill our people."

"We apologize for nothing because we did nothing wrong," said Gab.com in a tweet. "We are doubling down on free speech and individual liberty and nothing you say or do will change that."

The social media platform, touted as an uncensored "free speech" alternative to Twitter and Facebook, said it was "proudly working with" the Department of Justice and FBI "to bring justice to an alleged terrorist."

A GoDaddy spokesman said the company had taken its decision in response to Gab.com violating its terms of service by hosting content that "promotes and encourages violence against people."

After news emerged that companies like GoDaddy and PayPal were denying access to their services, one of the platform's users said: "You are going to get shot at ur (sic) local synagogues." Another user posted: "I was right, they faked the synagogue shooting."

Gab.com has accused companies denying it services, including Apple and Google, of undermining free speech. "Gab.com is under attack. We have been systematically no-platformed by app stores, multiple hosting providers and several payment processors," it said on the website.

The company added "Gab isn't going anywhere" and said it would explore other avenues, including cryptocurrencies, to stay afloat. 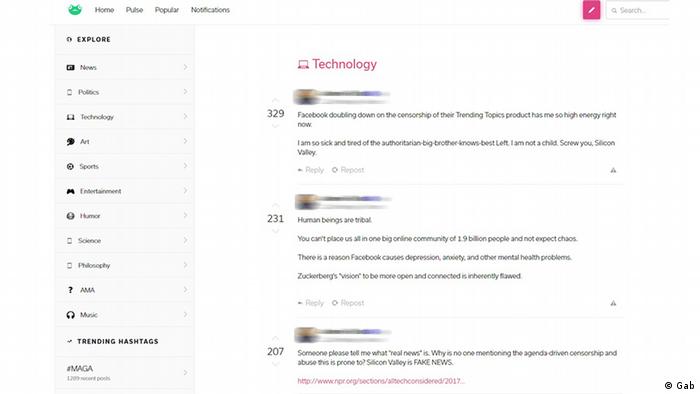 'Largest hate site on the web'

The company's Twitter account urged US President Donald Trump to take action "before it is too late." Some analysts have accused Trump of contributing to a rise in hate crimes, including hate speech and violence against minority groups in the US.

Heidi Beirich, who heads Southern Poverty Law Center's Intelligence Project, said "Gab, in some ways, is the largest hate site on the web," according to a tweet from the advocacy organization.

Read more: US neo-Nazi groups on the rise under President Donald Trump: report

Opinion: The Pittsburgh synagogue attack is a wake-up call for Europe

The Pittsburgh shooting reminds us of the deadly power of anti-Semitism and its many tropes. Despite this, they continue to mark the dog-whistle politics of the European right, argues DW's Martin Gak. (28.10.2018)