US neo-Nazi groups on the rise under President Donald Trump: report

The number of hate groups in the US has risen during Trump's first year in office, according to a new report. Neo-Nazi groups in the US witnessed startling growth, increasing by 22 percent. 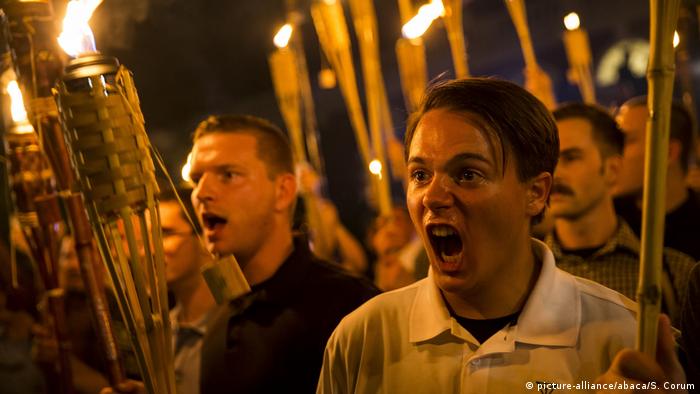 The Southern Poverty Law Center (SPLC) on Wednesday published a report showing a rise in the number of hate groups operating in the United States during President Donald Trump's first year in office.

The number of hate groups in the US grew to 954, marking a 4-percent increase compared to last year. The report said Trump-inspired groups also provoked a backlash that witnessed a rise in black nationalist groups, such as the Nation of Islam.

Read more: White supremacy and neo-Nazis in the US: What you need to know

"President Trump's first year in office proved to be just as racially divisive as his campaign — but even more consequential," the report said. "President Trump in 2017 reflected what white supremacist groups want to see: a country where racism is sanctioned by the highest office, immigrants are given the boot and Muslims banned."

Neo-Nazis on the rise

There were more than 600 white supremacist groups in the US, according to the report. Neo-Nazi groups rose to 121 compared to 99 last year, marking a 22 percent increase.

The SPLC said neo-Nazi groups "share a hatred for Jews and a love for Adolf Hitler and Nazi Germany," but also discriminate against other groups, including minorities and members of the LGBT community. Hitler led Nazi Germany during World War II and orchestrated the Holocaust, in which over 6 million Jews were murdered.

Read more: What is the relationship between US and German neo-Nazis?

The US also witnessed a rise in anti-Muslim groups for the third consecutive year. In total, hate groups grew by 20 percent since 2014. Trump rose to power on a platform that vowed to ban Muslims from entering the country. 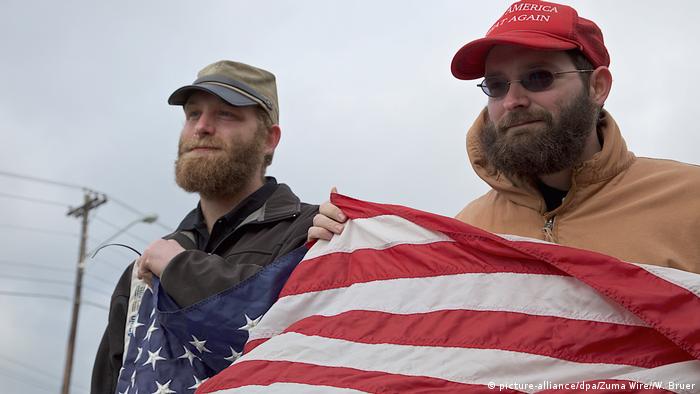 Meanwhile, the Ku Klux Klan — a white supremacist group that epitomized the oppression of black Americans — lost support across the country.

"The decline is a clear indication that the new generation of white supremacists is rejecting the Klan's hoods and robes for the hipper image of the more loosely organized alt-right movement," said the SPLC.

However, the SPLC noted that 2017 marked the first year it included male supremacy groups in its reports, saying the chief aim of the two groups in the report was the subjugation of women.

An American dropped the word "Nazi" during a spat at Frankfurt Airport. Police say it was directed at them and are suing her for slander. But in a country with freedom of speech, how can this be legal? (26.01.2018)