G8 to Offer Micro-credit Help, Step Up AIDS Funding for Africa | Germany| News and in-depth reporting from Berlin and beyond | DW | 27.03.2007

Development ministers from the G8 undertook in Berlin on Tuesday to set up micro-credit facilities for African nations with the help of the World Bank and increase funds for the fight against AIDS. 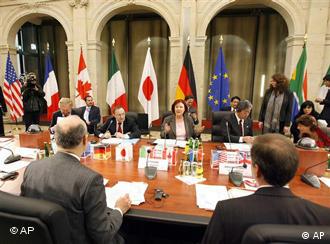 German Development Minister Heidemarie Wieczorek-Zeul said giving poor Africans access to credit would be at the top of the agenda when leaders of the Group of Eight wealthiest nations meet in Germany in June.

"The G8 will do everything it can to institute micro-financing to which the poorest in Africa can have access, in particular women," Wieczorek-Zeul said at the end of a two-day meeting in Berlin held to prepare for the summit.

She said officials from the G8 and Africa met with representatives of the African Development Bank, which will be asked to help institute the system along with the World Bank to stimulate job creation and economic growth in the world's poorest continent.

Getting small businesses off their feet 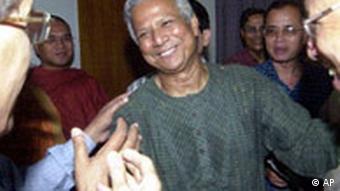 Micro-credit is a system of small loans granted to people without collateral or steady jobs.

A few African nations, including Rwanda and Mali, have micro-credit financing projects based on the model developed by Bangladesh's so-called "Banker to the Poor," Muhammad Yunus, who won the Nobel Peace Prize last year for his work.

The World Bank estimates that there are just over 7,000 micro-financing institutions, serving 16 million people around the world.

Wieczorek-Zeul said G8 leaders will also announce more funding for the fight against AIDS, which afflicts Africa more than any other continent, and increased investment in the region when they meet in Heiligendamm from June 6-8.

"We have to replenish the Global Fund to Fight Aids," she said. "It is important that the G8 makes a contribution."

She put no figure on new G8 pledges for the fund, which was established in 2001. 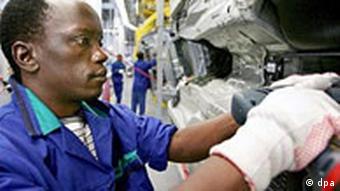 A BMW car "made in Africa"

German Chancellor Angela Merkel has called for the Heiligendamm summit to build on promises made when G8 leaders met in Gleneagles, Scotland, in 2005 to increase development aid to Africa.

Germany holds the presidency of the G8 and Merkel's cabinet is reported to have drafted a proposal that each member of the club sign a partnership agreement with an African country, with preference given to democratic, investor-friendly states.

EU Development Commissioner Louis Michel said in Berlin on Tuesday, however, that efforts to fight corruption will not be the only criteria the G8 uses when deciding which African nations to help.

"We will look at countries that seek to provide their populations with access to vital services like health and education," he said.

Earlier this month, the heads of the International Monetary Fund (IMF) and World Bank urged developed countries to boost the flow of aid to Africa and to ease up on the conditions being attached to development funding.

Africa has shown economic growth in recent years but not enough to meet the so-called Millennium Development Goals, which include halving extreme poverty by 2015.

Wieczorek-Zeul said no commitments had been made during the Berlin talks on calls to introduce a world tax on jet fuel, which is currently unlevied, and to remit this to developing nations to offset the effects of climate change.

The development minister did, however, tell reporters that the suggestion of an aviation fuel levy being considered by the EU was "worthy of discussion."

There will be plenty of self-congratulatory talk as G8 development ministers meet in Berlin for a two-day meeting, but some say the credit for cutting poverty should go to creative statistical tricks. (26.03.2007)

Berlin sees an improvement of Africa's energy provision as a key to tackling poverty across the continent. The government hopes to use its EU presidency to make advances in this area. (17.12.2006)