There will be plenty of self-congratulatory talk as G8 development ministers meet in Berlin for a two-day meeting, but some say the credit for cutting poverty should go to creative statistical tricks. 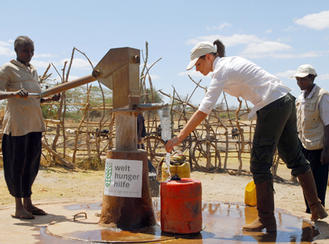 There is a good chance that the meeting, which is intended to find ways of forming partnerships with Africa and assessing progress towards cutting extreme poverty by 50 percent before 2015, will end with a positive report for the UN goals, according to German Green party development policy expert Uschi Eid.

She underlined the progress made in creating new instruments of political partnership with the financial and consulting help of the African Union's security commission as well as the Kofi Annan International Peace Keeping Training Center in Ghana.

By the end of the G8 meeting there should be a plan to help Africa's democratic nations push ahead with political and social reforms and open their countries to investors, said Eid, who organized former German Chancellor Gerhard Schröder's G8 development policy for Africa. 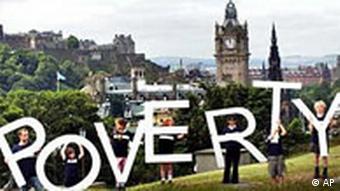 But that rosy prospect is not shared by everyone. The African continent has been the object of numerous broken promises and has reason to be skeptical, according to Reinhard Hermle, former head of the Association of German Development Non-Governmental Organizations.

He said he remembers the 2001 meeting in Gleneagles, where he and other participants agreed to invest $50 billion in development aid. Half of that aid was intended for Africa, but Hermle said that remains a goal from which "we are still very far."

"Chancellor Schröder had promised to spend 0.51 percent of the German gross social product on development aid by 2010," he said. "Now we are at 0.36 percent, but we are observing that much of what is being included in calculations does not result in money reaching Africa."

One example of creative bookkeeping, according to Hermle, was pointless debt relief for Iraq from which the country did not benefit because it had already stopped servicing its debts. 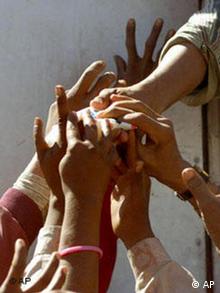 Few African nations are likely to halve poverty by 2015

Similar statistical effects could also be employed with the UN's millennium development goals, to which 189 UN member states agreed to cut in half the number of people living on less than $1 per day.

It's a goal Hermle said would likely be achieved due to improving economic conditions in a few nations with large populations.

"Highly populated countries like India and China are making large economic progress," he said, adding that when the countries' total population of 2.5 billion is projected on the world's population the goal of cutting poverty in half can be reached. "But it is a statistical trick."

While the absolute number of people living in poverty will drop by 50 percent, few African nations will be able to claim poverty dropped in their country by the same rate, Hermle said. 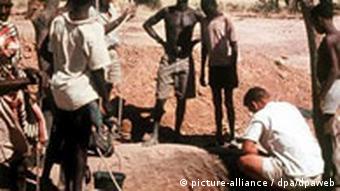 Representatives from Brazil, India, Mexico and South Africa will be present at the meeting of G8 nations, made up of Canada, France, Germany, Italy, Japan, Russia, the United Kingdom and the United States, for the first time.

She said the countries' increased influence could lead to triangle partnerships with a G8 member pairing with an emerging country to provide development aid for a third country.

"One should shape the reformed partnerships with developing and emerging countries to answer the question of what changes to the partnership are necessary and what help we can provide," Eid said. "We are focused on democratization, social reforms and economic growth." 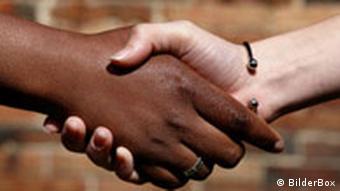 The tasks facing the industrialized world are clear, according to Hermle.

"More money has to be made available," he said. "The cooperation between North and South has to be improved. The donor countries have to coordinate better, it should not be that every rich country runs its own bilateral development policy. Coordination reduces costs and makes the aid more efficient."

Much, however, will also depend on African governments' will to change and open to investment, Eid added.

"To say that development cooperation can fundamentally solve Africa's problems is wrong," she said.

Merkel: EU Needs to Do More to Combat AIDS

Against a backdrop 40 million HIV infections around the world, EU officials met in Bremen to discuss measures to combat the pandemic. (13.03.2007)

In its yearly report, the OECD concluded that aid donors will have to increase funding for aid programs faster than any other public expenditure in order to fulfill their financial commitments. (23.02.2007)