Berlin sees an improvement of Africa's energy provision as a key to tackling poverty across the continent. The government hopes to use its EU presidency to make advances in this area. 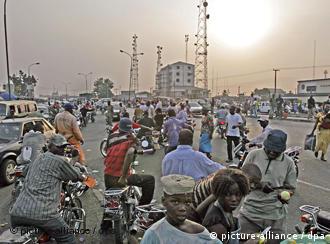 Production is growing in oil-rich Nigeria, but not in African countries without such resources

Germany has already vowed to make energy a top priority when it takes over the EU presidency next month. One of its aims is to examine Africa's particular problems in this area. With some 535 million people across the continent currently without access to electricity, government development experts say better provision is the key to tackling poverty.

High gas, oil and electricity prices are curbing growth in many African states that don't have natural resources that provide energy. This extra financial burden is using up funds that are desperately needed for other, more pressing purposes. The rise in the cost of crude oil imports now almost outweighs the entire international aid budget.

In African oil-producing countries, such as Nigeria, the picture is a little different. Not only are their exports worth more, production here is also on the rise. In West Africa alone, it increased by 36 percent over the last 10 years. However, corruption and poor government often mean profits are frequently not used to aid social and economic development.

Europe's energy strategy is not sufficiently tied to its aid and development policies, said Manfred Konukiewitz, a senior official in the German Federal Ministry for Economic Development and Cooperation. 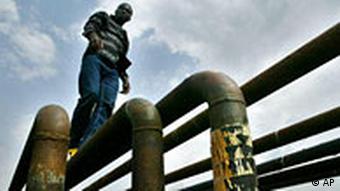 "We should not merely view African countries as warehouses for crude oil or gas, or other resources, we should also make these African partners an offer about how to use and develop their own resources in the best possible way for the development of their countries," Konukiewitz said.

Europe could help promote transparency in African oil-producing states by copying models such as that adopted by the World Bank in Chad for the construction of the Chad-Cameroon pipeline, he said. There the government agreed to earmark part of the extra revenue that would be generated by the pipeline for development purposes as part of the investment deal.

The German government also wants to promote renewable energies in Africa. Ninety percent of people there use traditional biomass to produce energy, usually by burning charcoal and wood. However, more efficient renewable technologies, such as solar, geothermal, wind and hydroelectric power are also in operation. The room for expansion is great, according to experts.

Hydroelectric power provides 96 percent of electricity in 11 African countries. Small decentralized power plants can provide cheap, environmentally friendly electricity to rural areas. The construction of major dams, such as in China, are looked upon less favorably these days, partly due to their environmental impact. However, not all international investors are willing to adhere to the guidelines formulated by the World Conservation Union and the World Bank, Konukiewitz said.

Berlin's push to promote renewable energies is also not likely to please everyone in Africa. But Konukiewitz said the general trend was positive.

"One African energy minister told me: Our people want the white man's energy, and she meant the electricity from the socket where the energy has come from a traditional power plant. I think this view is slowly changing in Africa."

Germany will take over the rotating EU presidency on Jan. 1. DW-WORLD.DE has prepared a dossier with background information on pressing issues that are likely to come up while Berlin leads the 25-nation bloc. (11.12.2006)

Just weeks before Germany assumes both the EU and G8 presidencies, the European Commission has said Berlin isn't doing enough to reduce CO2 emissions, although Germany has declared climate policy a top priority. (11.12.2006)

Germany will take the reins of both the G8 and the European Union next year and Angela Merkel has made battling climate change her top priority. But the chancellor will face the tough task of bringing the US in line. (28.09.2006)