G7 pledges to intensify development cooperation | World | Breaking news and perspectives from around the globe | DW | 08.06.2015

The leaders of several African countries came to Elmau to talk to the G7 about development and health care. There were a number of promises, but it remains unclear where the money will come from. 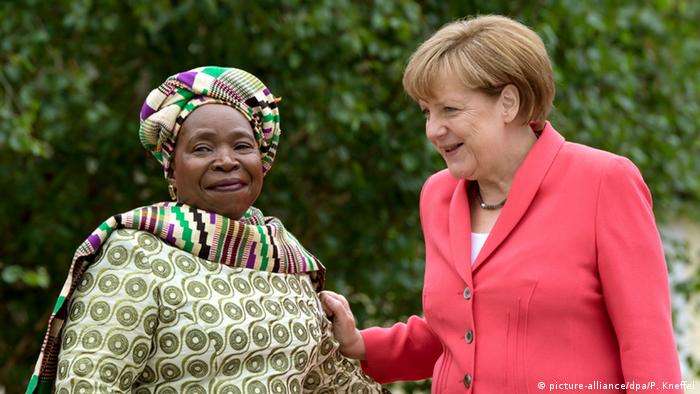 Gerd Müller, Germany's Minister for Economic Cooperation and Development, sent a clear message to Elmau before talks had begun: The prosperity of G7 nations is rooted in the natural resources of many developing nations in Africa.

"We, the 10 percent of the world's population own 90 percent of its assets and consume nearly 80 percent of its natural resources, like oil and ore. No cell phone works without these countries," he stated. "That is why new partnerships must be formed," he added. "We must relearn how to share."

Müller underscored the G7's responsibility towards African developing nations, many of which regularly take part in the summit. Invitees are usually democratically elected heads of state and government of African countries which stand for stability and growth.

They join the summit on its second day to participate in the Outreach Program, established at the G8 summit in Genoa 2001 and organized every year since 2003. 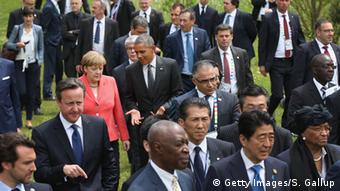 The battle against world hunger topped the agenda this year. Some 800 million people are starving; another 1.2 billion are chronically undernourished. "The G7 is committing itself to getting another 500 million people out of their acute starvation. We are pledging a substantial sum in the battle against hunger in the world, which should be successful by 2030," said Merkel after the meeting.

But no detailed resolutions or measures ensued - the statement was intended merely as a political signal. According to Merkel, the process should be embraced on an international level, especially in light of the upcoming UN conferences for development aid in Addis Ababa in July and in New York City in September.

The German branch of Oxfam does not think these pledges suffice: their expert for developmental funding, Tobias Hauschild, who traveled to the G7 summit, demanded that the industrialized nations specify the funding sums.

"Of the G7 nations, right now, only Great Britain fulfils the goal of contributing 0.7 of gross national product to development aid; the others haven't managed it yet," he said. Merkel is nonetheless certain that hunger can be beaten. "As the G7, we had lengthy discussions as to whether we were capable, but we can attain the goals," she said. 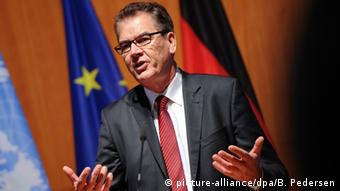 Müller sent out a cautionary reminder ahead of the summit

Health care issues and climate change financing were also on the Outreach agenda. The consequences of the Ebola outbreak were discussed in the health care sessions. Norway and Ghana have founded an initiative asking the UN to develop a catalogue of "lessons learned" and recommendations for the future.

"We have seen how poorly we reacted to the challenges of the Ebola crisis," said Merkel. "We must improve health care in many countries." More support should become available for other WHO, IMF and World Bank initiatives, among them a pandemic emergency facility.

The second point on the health care agenda was increasing antimicrobial resistance, while the third point involved tropical illnesses that have been neglected until now. The aim was to improve the coordination of research in developed countries. Progress can only be achieved in concerted research efforts, not in individual national ones. Together, the funds could be used much more effectively, Merkel promised.

Furthermore, the G7 nations spoke to the heads of the African states about climate change financing and how the poor nations suffering the most from the consequences of climate change can adapt to the situation. "We have agreed to help ensure funding for climate change. We cannot do it on our own, but our aim starting 2020 is to provide $100 billion (90 billion euros) annually - either from public or private funds," said Merkel. 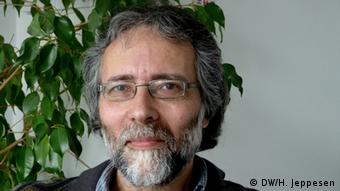 Christoph Bals was not impressed by the new plan

Christoph Bals, who works for the development organization Germanwatch, pointed out that "there is no feasible plan that clearly shows how $100 billion will be amassed by 2020." France and Germany would like to have heard stronger words; the US, Japan and Canada were the ones who curbed talks on this topic.

In her press conference at the close of the summit, the chancellor said that before the climate conference in Paris in December, it was very important to show that the goals would be reached. "Developing nations, many small countries and island states will go to Paris with the intention of reaching this goal if we are committed to the funding objective," she said.

Headway ought to be made in designing a climate change insurance scheme which farmers in poor countries can use to protect themselves from climate catastrophes and weather disasters. Often, regional organizations, such as African Risk Facility, which works with insurance companies, provide the population with coverage for natural hazards. In the case of weather-related destruction, farmers receive financial compensation and continue their work.

Right now, only 100 million people have access to such insurance policies; the number is expected to rise to 400 million by 2020. Even though the final communique did not include information about who will be financing the programs, political commitment is progress in itself, says Jörn Kalinski of Oxfam Germany.

Merkel moved women's issues high up on the agenda. "Whether it comes to ensuring sustenance, fighting against corruption or decent working conditions, the focus is on women's issues," said Merkel. The G7 wants to ensure better job training for a third of women in developing nations by 2030.

The G7 isn't obsolete, and it doesn't need China to join the group. says DW columnist Frank Sieren: the G7 should instead focus on its own concerns. (09.06.2015)

The G7 is drawing to a close in Bavaria. While the summit was overshadowed by crises in Ukraine and Greece, progress was made on climate change. Naomi Conrad reports from Garmisch-Partenkirchen. (08.06.2015)

The world leaders' meet in the German Alps has ended with almost no clashes between the protesters and the security forces. Exhausted, outnumbered by police and after two wet nights, many protesters even went home early. (08.06.2015)