Culture ministers from the Group of Seven industrialized countries gathered in Italy for their first-ever formal meeting to discuss the looting and trafficking of cultural treasures. 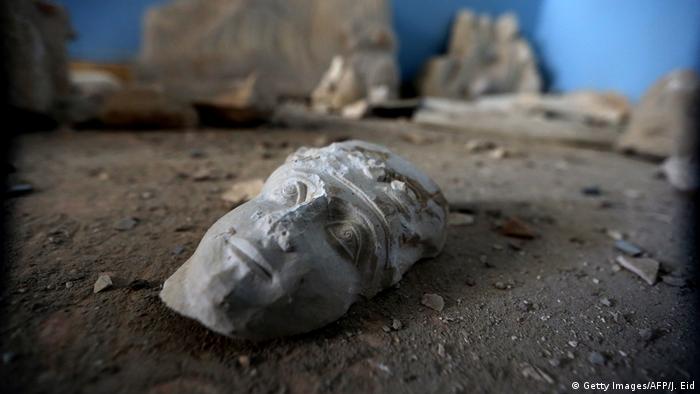 The culture ministers from the G7 nations - Britain, Canada, France, Germany, Italy, Japan and the United States - gathered in Florence, Italy, for a two-day meeting that concluded on Friday.

The meeting was initiated by Italian Culture Minister Dario Franceschini. Ahead of the talks, Franceschini said "because of the importance of our own heritage, Italy has a leadership role in issues of culture."

Despite the existence of the 1954 Hague Convention for the Protection of Cultural Property in the Event of Armed Conflict, the destruction of major cultural heritage sites in Iraq, Afghanistan, Syria, Yemen and Libya demonstrated the helplessness of the international community.

The international treaty is applicable to states but could not be properly enforced when criminal or terrorist organizations caused the damage, expert Mounir Bouchenaki explained at the meeting.

Now objects believed to have been looted by extremists amidst the conflicts are starting to surface in the marketplace, which is why the G7 ministers issued a joint statement on Thursday calling upon countries in conflict situations "to identify and ban the trade in stolen cultural artifacts."

After years of destruction of cultural treasures, extremist groups are now trafficking the artifacts to support their activities. The CIA estimates that the traffic of looted artifacts could provide up to $10 million (9.34 million euros) a year to the terrorist organization "Islamic State."

On the internet and through art dealers, "artifacts are coming up from different places," US Department of Homeland Security Deputy Assistant Director Ray Villanueva said during the meeting. The findings "are very fresh ... happening as we speak," he added, which is why he did not provide details about the countries of origin of looted objects, to avoid compromising the international investigation.

A group of partners that includes Interpol and the world customs organization are creating a common database and sharing information in a bid to recover the treasures, said Irina Bokova, director-general of the United Nations Educational, Scientific and Cultural Organization. She added that there is plenty of evidence that extremists are looting for profit.

"There is an urgent need for action," said Britain's Culture Minister Karen Bradley. "We are witnessing looting and vandalism on a heart-breaking scale. Not only do these assaults help finance terrorism, they are a calculated attempt to destroy people's history, culture, and identity."

A donor conference in Paris committed millions to the protection of cultural heritage sites after meeting in the wake of the destruction of ancient Palmyra, Syria by IS. (21.03.2017)

The dangerous work of archaeologists in conflict zones 11.02.2021