G7 'almost paternalistic' in its relationship with Africa

The leaders of the world's seven major advanced economies convene at the Elmau palace hotel in Bavaria, Germany on Sunday for a two day G7 summit. On Monday, they will hold talks with leaders from Africa. 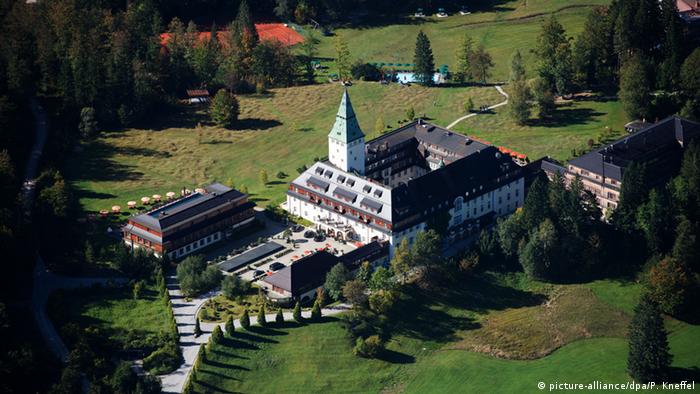 The agenda of the G7-Africa talks is expected to include preparations for the development finance summit in Addis Ababa in July.

How do the nations of Africa and G7 regard one another? DW has been speaking to Dr Tim Murithi, head of program at the Institute for Justice and Reconciliation, Cape Town, South Africa.

DW: What sort of a commitment to sustainable development can African nations expect from G7 at this summit?

The relationship between Africa and G7 - previously the G8 - is quite a long and extensive one. It goes back to 2001 when G8 - at that time - agreed to support what is still called the new partnership for Africa's development. But along the way - the last fourteen or so years - there has been a faltering of the relationship where the financial commitment for development did not really accrue to the African continent. But the African Union, meanwhile, is now a much more vocal player and will be trying to leverage that to get stronger commitments from G7.

Among the African leaders attending the summit will be Muhammadu Buhari, the new president of Nigeria. His country faces problems ranging from an Islamist insurgency to corruption and poor infrastructure. How much support can he expect from G7 nations?

I think there is very strong goodwill towards Nigeria given the challenges and the difficulties of engaging with the previous regime of Goodluck Jonathan. So Buhari is in what you would call a honeymoon period at the moment and I believe the rest of the world, the international community, would like to see Nigeria play a much more pivotal role in Africa which historically it has played. For example, in peacekeeping in the West African region through its leadership of ECOWAS. Nigeria is a very important player within the African Union so I believe there will be some important deals struck at this meeting to bring back Nigeria if you will into the community of nations.

Does G7 regard African nations as fully fledged partners in global affairs or are they still seen primarily as recipients of aid?

I think that perception has not yet changed. The G7 countries to a large extent have almost a paternalistic relationship with the rest of the developing world, Africa in particular. I think this is very evident in the very direct links some of the G7 nations have with African countries. France's relationship with West Africa, for example. Britain's historical relations have changed slightly, but the United States does not really see the African continent at the moment as a major player. Even though it convened as US Africa summit last year, it was much along the lines of 'you come to us and we'll tell you what deals we are prepared to do' rather than Africa negotiating from a position of leverage and strength. I think that's the vision African leaders have going forward. That's where they would like to see themselves - as a unified continent. But that's an issue they have to address internally simply because they continue to play this nation state-centric game rather than seeing how they can become more effective as a continent and global actor.

Dr Tim Murithi is head of program at the Institute for Justice and Reconciliation, Cape Town, South Africa.

German Chancellor Angela Merkel is expected to put the spotlight on environmental issues at the G7 summit in Bavaria this weekend. But Germany's unresolved debate over coal could undermine her credibility. (05.06.2015)

Opinion: Schloss Elmau is the last chance for the G7

It will be a gigantic media event, but the G7 summit will have to be about much more than pretty pictures. And, Henrik Böhme writes, Germany has to be much more than just a good host. (04.06.2015)

Barack Obama has told the leaders of more than 50 African nations that they have control of their countries' financial futures. Obama also announced billions of dollars in private investments in Africa. (05.08.2014)