Germany's best-known tourist attraction, the Black Forest, may be losing some of its luxuriance as a new environmental report warns of dire damage in the region wrought by pollution. 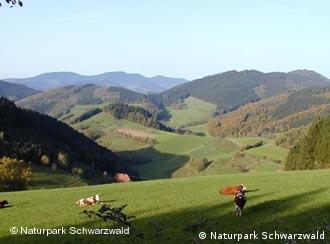 The idyllic region is environmentally ailing according to the report

Klaus von Wilpert points to a clump of spruce trees in the middle of the plantation. For him, it typifies the gradual decline of the Black Forest, one of Germany's biggest tourist draws.

"That's the most visible effect of pollution. The trees began yellowing in autumn and have progressively lost their needles," says the researcher from the German FVA forestry office, which supervises the Black Forest.

The agriculture ministry too acknowledges the problem has become acute. In a report this month, it said that Germany's woodlands have never been in such bad shape. 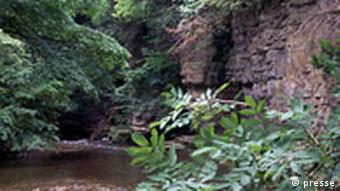 One in four trees is damaged, and the number of those worst hit has increased by eight percent over the last year, the report said. The development is particularly disturbing in the Black Forest, which is considered to be 40 percent "damaged", the worst attrition rate since 1983.

The number of unhealthy trees in this southwest corner of Germany near the French border has risen by 10 percent over 2003, due in part to a drought last year whose effects are being felt with some delay.

"You can't just turn a blind eye. The Black Forest has been historically weakened, above all here on the western edges where the wind brings in pollutants from the Rhine valley," says Wilpert.

With a turn of the breeze, the soil can be contaminated with nitrates, ammonium, nitrogen and acids from industry and traffic in the valley.

Pollution's first victims are the spruce and beech, shallow rooted trees which absorb elements closer to the surface of the soil. The problem is even more pronounced on the other side of Germany, where waste from heavy industry in Poland and the Czech Republic wafts over woodland. 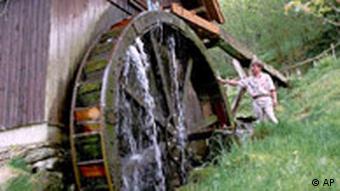 While the FVA is singling out the Rhine river basin here, it does admit some responsibility for the problems by having planted trees from 1950-1970 that were not well adapted to the environment.

"The spruce grows quickly. We made the error of wanting to rapidly grow wood for cutting," the researcher says, gesturing to a clutch of trees some 10 meters (30 feet) taller than nearby pines planted at the same time.

"But it's a fragile tree and its needles are acidic and add to the pollution in the streams and ground water."

Researchers and experts may be assessing the destruction and outlining ways to nurse the ailing woodlands back to health. But there is little doubt that the environmental report is a rude shock for Germany which prides itself on its lush forests.

Once a rural kingdom, Bavaria has turned into one of Germany's high-tech centers. But Germany's largest state is still trying to find the right balance between laptops and lederhosen. (Dec. 4, 2004)

A Sunshade for Germany's Highest Peak

What started as an operation for saving ski areas has turned out to be a successful environmental measure to protect glaciers from melting away. Germany's Zugspitze now spends most of the year undercover. (July 14, 2004)