The decision "is like making an arsonist into the town fire chief," said a watchdog. Saudi Arabia is known for its systematic oppression of women, all of whom are required to have a male guardian. 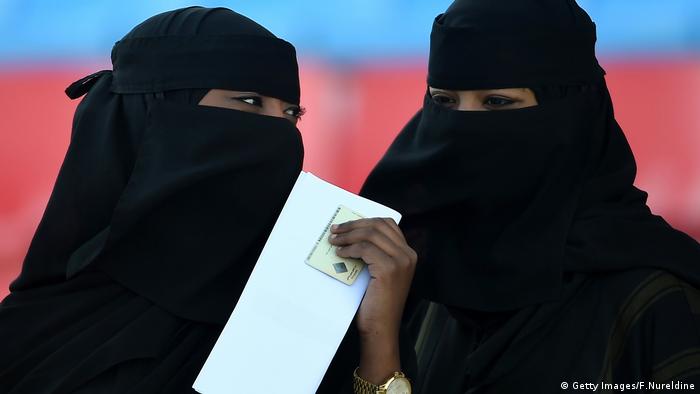 Rights groups were outraged on Tuesday after an announcement from the United Nations that Saudi Arabia was elected to the body's women's rights commission. Activists found it ludicrous that a nation with one of the worst records of gender equality on the planet would have a representative on the 45-member committee.

According to the website for the UN Commission on the Status of Women, its mission is "promoting women's rights, documenting the reality of women’s lives throughout the world, and shaping global standards on gender equality and the empowerment of women."

The ultra-conservative kingdom imposes strict segregation between men and women who are not related. Women could not vote in local elections until 2015, and domestic violence was first outlawed in 2013. Saudi Arabia retains the distinctions of the being the only country on earth where women are forbidden to drive motor vehicles.

"Electing Saudi Arabia to protect women's rights is like making an arsonist into the town fire chief," said Hillel Neuer, director of UN Watch - an NGO praised by former UN Secretary-General Kofi Annan for its work it monitoring the international body.

Hiller also took to Twitter to accuse world powers of accepting bribes or making secret deals in order to vote Saudi Arabia onto the commission.

Neuer continued: "Saudi discrimination against women is gross and systematic in law and in practice. Every Saudi woman must have a male guardian who makes all critical decisions on her behalf, controlling a woman's life from her birth until death…Why did the U.N. choose the world's leading oppressor of women to promote gender equality and the empowerment of women?"

Not everyone saw the decision as a terrible one, however. Helen Clark, the former prime minister of New Zealand, said it was a sign of good faith to Riyadh that its recent steps towards improving the lives of women should continue.

Other still sought to capitalize on the decision. Dutch far-right politician Geert Wilders, who recently made headlines for calling Moroccans "scum" and seeking to end Muslim immigration to the Netherlands, took advantage of the situation to promote his party's agenda. The move was not dissimilar to Wilders' pre-election strategy of suggesting that his anti-Muslim rhetoric was partly to protect the rights of LGBT people in the Netherlands.

Saudi Arabia received 47 votes from the United Nations Economic and Social Council (ECOSOC) to represent the Asian and Pacific states on the women's rights commission from 2018-2022. According to the report by UN Watch, mathematically, this means that at least 15 liberal democracies voted for the kingdom during the secret ballot.

Forcibly repatriated Saudi woman: 'My family will kill me'

Rights groups have expressed concern over the safety of a Saudi woman who was obliged to return to her country by Philippine authorities. Dina Ali Lasloom was attempting to flee to Australia to escape forced marriage. (16.04.2017)

After a public backlash over the catalog aimed at Orthodox Jews in Israel, the Swedish furniture giant has issued an apology. Ikea has previously come under fire for airbrushing women out of its Saudi Arabian catalog. (18.02.2017)