Growing frustration over the slow pace of reforms and a lack of transparency in the new Libyan government could push the war-scarred North African nation toward a second revolution, less than two months since the first. 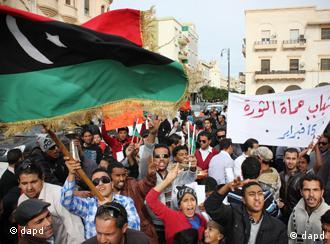 Libya's young revolutionaries are frustrated at the slow pace of reforms

The civil war in Libya is over; the rule of Moammar al-Gadhafi is at an end and the man himself dead. NATO forces are no longer engaged in military action in the country and Libya has entered a new era under a caretaker government.

However, the young revolutionaries who fought the Gadhafi regime for control of Libya are far from content.

Just as many of them did when Gadhafi's grip on power was first challenged back in February, tens of thousands of them have returned to the streets in protest against their new rulers.

They're once again calling for freedom of speech and for the promised reforms which have so far failed to materialize. They're criticizing the National Transitional Council (NTC) and its chairman Mustafa Abdul-Jalil. They're demanding that former Gadhafi supporters are excluded from governing posts in the new Libyan state.

In short, they are calling for a new revolution less than two months since the last one ended.

Again the center of this unrest is in Benghazi, the coastal city in the east of Libya where the protests against Gadhafi first began and where the rebels built their civil war stronghold. Within this city, young revolutionaries who wanted more from the uprising are again dissatisfied and are growing impatient.

Benghazi at the heart of new unrest 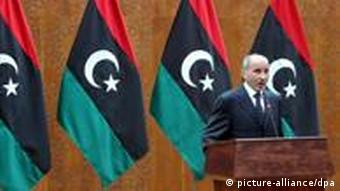 Jalil is urged to ensure that Gadhafi loyalists are excluded

"These are idealistic young people from the east of the country, including many women, who started this revolution and fought to its end," Libya expert Andreas Dittmann of the University of Giessen told Deutsche Welle.

Dittmann suggested that the lack of public commitment by the NTC to the demands of the people to keep members of the old regime out of government could be potentially disastrous.

"This development does not help the peace or stability of Libya," he said. "If the Libyan revolutionaries get the feeling that the new government is becoming infused with elements of the old regime then a second revolution, as seen in Egypt, is likely."

Human rights activists have also criticized the National Transitional Council for its lack of transparency in regard to the structure of the new government, the new laws it is creating and the threat of a return to a culture of corruption which thrived under Gadhafi.

"A priority for the new regime must be to prevent a repeat of the corruption that meant only a minority of Libyans profited from living in the country with the world’s eighth largest oil reserves," Robin Hodess, Transparency International’s Group Director for Research and Knowledge, told Deutsche Welle.

"Corruption will not go away over night in Libya or elsewhere in the region: root and branch reform of local institutions is needed." 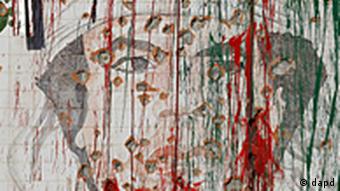 Any hint of regime influence could lead to further bloodshed

Mustafa Abdul-Jalil has done his best to calm the situation by calling for patience and revealing that all government officials will have their personal details and official information published publicly on the Internet in time.

While this has already taken some of the sting out of the protests, Andreas Dittmann believes that the new Libyan power structure will not be entirely free of Gadhafi loyalists. "There were never any opposition parties in Libya, so the transitional council could not have fallen back on opposition politicians," he said.

With such a limited choice, there are only two possibilities: "Either people who generally have no political experience come to power or those from the former regime whose ideology has changed are included," he said.

The latest demonstrations are not the only examples of how fragile the peace is in Libya these days.

Disagreements and fighting between rival militias continue to erupt. Ex-rebels tried for a second time to assassinate the country's new army commander, General Khalifa Haftar, at the weekend, an attempt which led to a gun battle with government forces near Tripoli's airport on Sunday. Haftar escaped the attack uninjured.

Fighting between rival factions broke out again on Monday in the south of the capital with several people reported dead in the clashes. 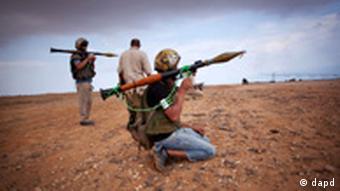 Rebels who fought for freedom continue to fight for power

With some 120 rebel brigades involved in the war against the Gadhafi regime, pleasing them all seems an insurmountable task. Some of the demands made by those who led the revolution are putting security at risk. "Now the leaders of these military and paramilitary brigades would like to be promoted to central positions of power," explained Andreas Dittmann.

With so many factions vying for reward after the fall of Gadhafi, Libya is again edging toward a potentially bloody second power struggle, exacerbated by the fact that the country is now awash with military hardware liberated from the former regime's stockpiles. "Everybody who is able, more or less, to carry a weapon does so," Dittmann said.

Therefore, disarmament is one of the main priorities for the new Libyan government if it wants to prevent chaos in this post-revolution climate.

Meanwhile, the NTC is fighting against its own deadline to provide law and order. Mustafa Abdul-Jalil has set the NTC a target of 100 days to have a working security structure with military, police and border controls up and running. His plans also include a system of decentralization with national ministries moved into different towns in an attempt to spread the power.

However, Andreas Dittmann believes that a very important aspect of bringing peace and stability is being ignored: the people want justice and restitution and they want it carried out by a Libyan judiciary, not an international body. "International courts of law should not take this responsibility away from the Libyans," he said.

"For the reconstruction of the country, it is important that this processing of history happens in Libya itself."

Significant water shortages could spark dramatic social and political consequences in the region down the line. While some impacts are unstoppable, others could still be contained, a study has found.