It's been stewing for over a century: the notion that Ludwig van Beethoven was black – and has re-emerged in recent weeks on the social media, as on Twitter under #Beethoven was Black?. True, Beethoven had a swarthy complexion and dark, curly hair. Sometimes called "the Spaniard," his ancestors came from Flemish Belgium, once occupied by Spanish troops whose ranks included Moors. And he adored syncopations and off-center rhythms, often found in African traditions. So Beethoven could theoretically have had some African blood in his veins. But scholars have repeatedly debunked the theory.

Racial politics have long since infused not only music history: Some black activists have claimed Jesus Christ and Socrates as their own. This seems unnecessary in the field of music though, as it in fact detracts from the scope and breadth of black-inspired music from spirituals and blues to jazz, rock and hip hop: Music rooted in black traditions has a worldwide reach that far outperforms the much narrower sector of "classical," "serious" or "art" music.

As for the "classical" branch itself, a number of black composers, against all odds, found their own voice and made a contribution. That their music is only rarely heard in the concert hall points to the obstacles and prejudices they faced — and shows that concert organizers have some catching up to do.

Indeed, the Czech composer Antonin Dvorak, who took on a professorship in the US from 1892-1895, was only one of several Europeans who delved into indigenous — i.e., Native American and African American — musical forms and advocated the development of a uniquely "American" art music out of those sources. Dvorak's famous "New World Symphony" is an expression of that.

In the 1930s, American composers of color such as Samuel Coleridge-Taylor, William Grant Still and William L. Dawson took Dvorak at his word and integrated spirituals and gospel into their symphonic works. The results were hailed by critics yet somehow never lodged themselves in the repertory.

Fast-forward to 1974 and "The Sting," which won an Oscar for Best Picture of the Year. Inseparable from the film is its lilting, syncopated theme, classy and a bit lascivious: "The Entertainer" by Scott Joplin, the son of a slave and the "King of Ragtime." Joplin's Maple Leaf Rag was played in every parlor around the turn of the 20th century. But obsessed with being accepted as a composer of art music, Joplin ran up against formidable obstacles. 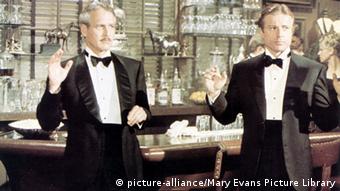 What would "The Sting" have been without the music? Something very different

It wasn't until the 1970s that his only surviving opera was performed, and his unmarked grave in the New York borough of East Elmhurst was finally given a marker. Joplin is considered one of the originators of jazz, although in form, content and harmony, his creations were thoroughly classical.

"To begin with I have two handicaps — those of sex and race. I am a woman; and I have some Negro blood in my veins," wrote the composer Florence B. Price to the conductor Serge Koussevitzky in 1943. It wasn't for lack of determination however. The onetime child prodigy had her first composition published when she was 11, and she was an early graduate of the New England Conservatory. As a divorcee and a single mom, she later earned her living as a music teacher and an organist for screenings of silent films; she also composed for radio ads. Her concert pieces were authentic in the sense that Dvorak had once called for, and her popular Songs to the Dark Virgin were described by a reviewer in the Chicago Daily News as "one of the greatest immediate successes ever won by an American song." Yet the concert stage stubbornly remained the domain of DWM composers — dead white men. 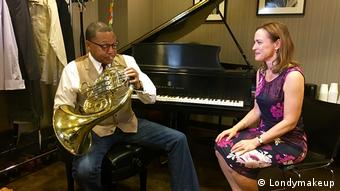 It still largely is, but a contemporary composer of color such as Wynton Marsalis seems to have had few apparent roadblocks placed in his way due to his skin color. Neither has the most recent Pulitzer Prize winner for music, Anthony Davis, whose creations include eight operas, symphonies and choral and chamber music.

It wasn't until 1996 that a Pulitzer was first awarded to a black composer: George Walker (1922-2018), creator of Lilacs, a setting of a poem by Walt Whitman mourning the assassination of Abraham Lincoln. Walker was a student of the American composer Samuel Barber, and his roughly 100 compositions show a wide range styles and idioms, from Debussy and Stravinsky to serial, atonal music. A couple of centuries earlier, Guadeloupe-born Joseph Bologne,Chevalier de Saint-Georges wrote operas, quartets, symphonies and concertos that blended perfectly into the style of the times: European music for court royalty.

Clearly one does not have to be white to write music in the European tradition, nor black to successfully incorporate African-American impulses. The most famous example: George Gershwin, a white composer, and his masterpiece, the opera Porgy and Bess of 1935. 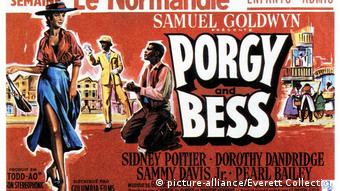 Probably the most successful opera from the US: Porgy and Bess

While Porgy was enduringly successful, a critic hailed Dawson's Negro Folk Symphony, written a year earlier, as "the most distinctive and promising American symphonic proclamation which has so far been achieved." Yet after just a few performances, the symphony — and others like it — vanished from the playbills.

American serious music remained solidly Eurocentric. A missed opportunity, perhaps. Now, as classical music is itself becoming increasingly marginalized, these names — only a superficial selection — and their creations are worth putting within earshot.

One hundred years after the birth of sitar virtuoso Ravi Shankar, his meditative reinvention of Indian classical raga music has particular resonance during the corona crisis. (07.04.2020)

Black classical composers worth a listen

Some are known, some not — but all are worth a re-examination as the artistic contribution of people of color shifts into the spotlight. (02.07.2020)