From bees to refugees: The German Book Prize releases its longlist | Culture | Arts, music and lifestyle reporting from Germany | DW | 20.08.2019

One of the most prestigious prizes for literature in German will go to one of 20 books selected for consideration. Bosnian-German author Saša Stanišić is among the listed authors. 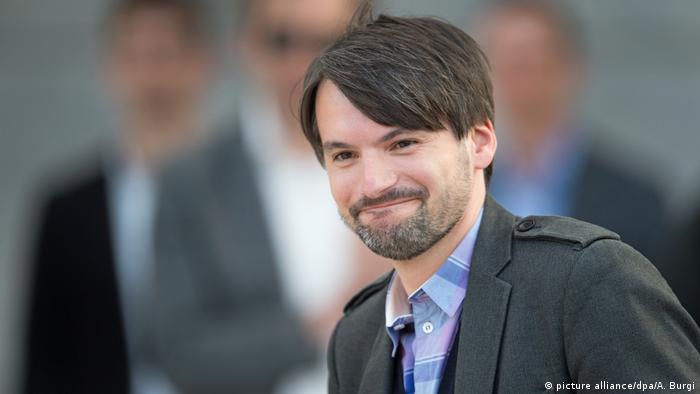 Without a doubt, the German Book Prize is one of the most renowned awards in German literature. Inaugurated in 2005 by the German Publishers and Booksellers Association, it celebrates every year the best books written in German and aims to shine the spotlight on German-language literature beyond the borders of German-speaking countries.

In addition to the prestige and publicity that goes along with the prize, the winner takes home a generous cash award of €25,000 ($29,000).

This year, 173 books published in Austria, Switzerland and Germany were submitted for consideration. Out of those, 20 made it onto the longlist, which was announced on August 20. In September, the entries will be further narrowed down to just six selections considered for the main award. Those six lucky authors will take home €2,500 in prize money. Then one author will be selected by the jury on October 14, ahead of the opening of the Frankfurt Book Fair. 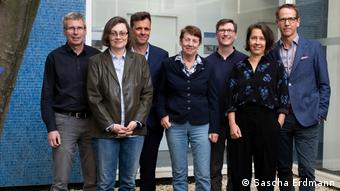 The members of the 2019 jury for the German Book Prize

Now that the longlist has been released, the jury members have a difficult job ahead of them. They have to decide if, among others, Norbert Scheuer's novel Winterbienen (Winter bees), which tells the story of a world marked by destruction and the desire for a peaceful future is their favorite; or whether the award should go to Cherubino by Andrea Grill, which focuses on the story of a career-oriented singer who takes what she needs from men and deals with a surprise pregnancy in her own stride.

Read more: How do independent publishers in Germany survive?

While many of the works on the list are debut novels, author Saša Stanišić is no stranger to the German Book Prize.

His latest work, Herkunft (Origin) is described by the author as "a book about the first coincidence of our biography: being born somewhere, and what comes afterwards. Herkunft is a book about my homeland, in memory and invented."

Stanišić, who fled from Bosnia to Germany with his parents as a child, had his literary breakthrough with his 2006 novel, How the Soldier Repairs the Gramophone, which made it onto the German Book Prize shortlist and garnered several other awards.

As with his latest book, this work is also sprinkled with anecdotes from his own biography. It tells the story of an adolescent's experience of civil war in former Yugoslavia and touches on elements related to the loss of one's homeland. Since its release in German, the novel has even been translated into 31 languages.

'How the Soldier Repairs the Gramophone' by Saša Stanišić

Before the Feast, from 2016, is another one of his novels that was nominated for the prize and that was translated into English by renowned translator Anthea Bell, who died in 2018.

Last year's recipient of the German Book Prize was Inger-Maria Mahlke, whose novel Archipel tells the story of three families on the Canary Island of Tenerife from different social classes during Franco-era Spain. The writer and criminologist was the first female award recipient in five years.

Opinion: Frankfurt Book Fair 2018 is more political than ever

The world's largest book fair has always taken a stance, but this year is different — it's tone is defensive, determined and grim. DW's Sabine Peschel describes the politically loaded atmosphere of the 2018 event. (12.10.2018)

Artists After the Escape: Saša Stanišić, from Bosnia to Germany

Saša Stanišić is a celebrated star on the German literary scene. Winning the 2015 Leipzig Book Fair Prize garnered him international acclaim. He came to Germany as a teenager, as a refugee from the Bosnian war. (21.12.2017)