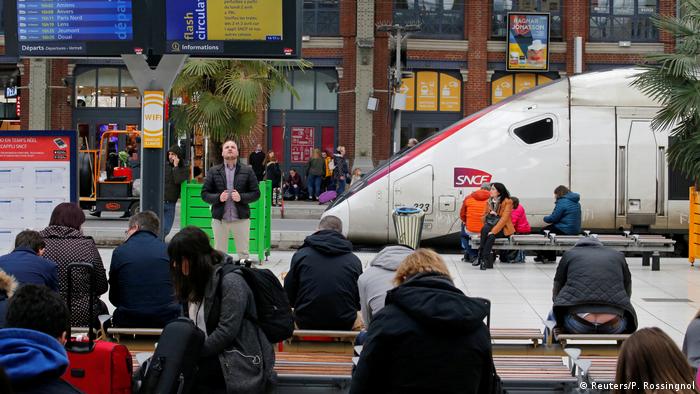 Staff at France's state rail operator, SNCF, walked off the job on Monday night, kicking off a three-month strike that will also include union workers in the energy and garbage collections sectors.

The walkouts are a nationwide challenge to French President Emmanuel Macron's plans to increase competition in the public sector. Macron has so far encountered little effective resistance to his economic reform initiatives. The strikes will also test the strength of the historically powerful French unions.

Read more: French workers to take to streets as Macron plots next cuts 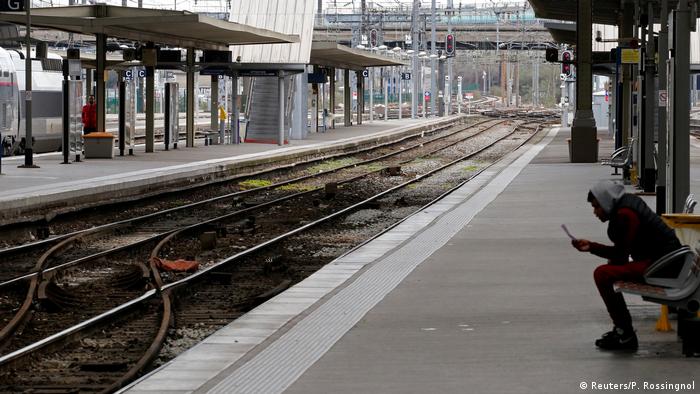 France's state railway, the SNCF, has warned of major delays due to strike

SNCF boss Guillaume Pepy indicated that the mass strikes would upset travel for many in France: "I want to be very clear ... the strike action will no doubt be widely adhered to and his going to make the lives of a lot of people very difficult,"

In an interview with French radio, Philippe Martinez, the head of the CGT, one of France's major national trade unions, said: "It's a public service, so we say 'no' to any competition." 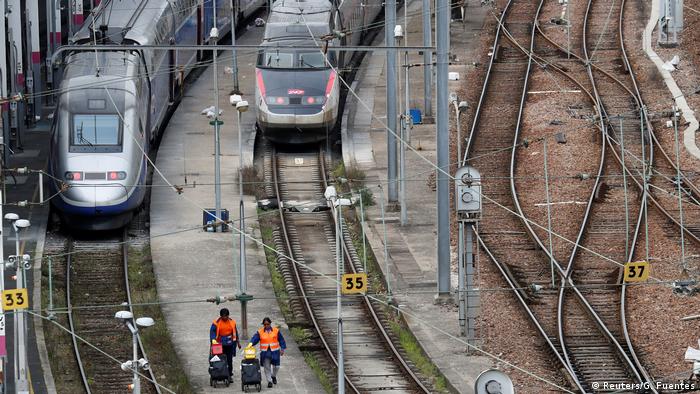 The state-owned SNCF has massive amounts of debt

A test for the president and the unions

Macron, who was elected last year on a platform of economic transformation, successfully instituted labor market reforms via executive order last October with minimal protests. However, his proposal to slash benefits for SNCF workers as part of a larger plan to make the debt-ridden state train operator more competitive internationally does not sit well with the sector, nor do his similar cuts plans for workers in the energy and waste sectors.