Protests over rising taxes are planned in the French capital, Paris, for a third weekend. Prime Minister Edouard Philippe is expected to meet with some protesters for the first time since the rallies began.

French Prime Minister Edouard Philippe is to meet with some protesters' representatives on Friday, French media said, as the country prepares for a third weekend of protests over rising taxes. 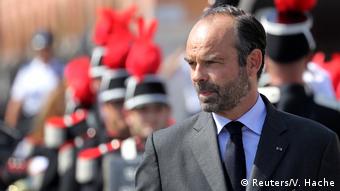 Philippe will be joined by Environment Minister Francois de Rugy at the meeting with spokespeople for the so-called 'yellow vests,' the first time since demonstrations started two weeks ago as protests against a fuel tax hike.

Philippe said on Tuesday that he was ready to meet protesters, adding: "What they say includes a lot of very legitimate demands that must be heard."

A meeting on Friday between France's minister for overseas territories, Annick Girardin, and fuel-tax protesters on the French island of Reunion ended abruptly after some began calling loudly for the resignation of President Emmanuel Macron.

Activists have called for further rallies on Paris' famed Champs-Elysees boulevard, where a demonstration last weekend was marred by violence.

The demonstrations in France have grown from protests by motorists angry at having to pay more for gas into a movement drawing in farmers, white-collar workers, retirees and others concerned about the country's high cost of living.

The protests enjoy widespread support in France, with an opinion poll published on Wednesday showing that two in three people backed the rallies, despite the disruption they have caused to traffic and the economy. 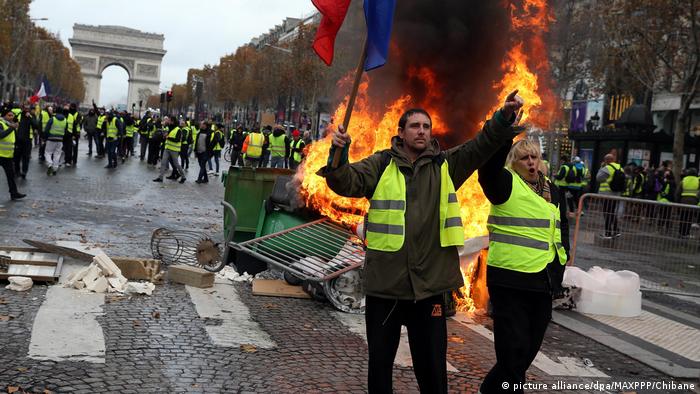 Macron has rejected demands to scrap an increase in fuel tax due to come into force in January, saying it is necessary to fight pollution.

However, he did promise on Tuesday to come up with a roadmap aimed at helping France move toward a low-carbon economy without putting an added burden on those with a low income.

This pledge, and a promise to defer future tax rises in times when international oil prices are increasing, were not enough to win over the populace, with nearly 80 percent of respondents in the poll calling the measures "wholly" or "mostly" insufficient. Nearly 80 percent also opposed the planned rise in fuel tax.

Macron, a former investment banker, has faced growing criticism for a perceived elitist attitude that puts him at a distance from normal citizens.