A poll asking the French their thoughts on immigration has met with intense backlash over questions on whether respondents have had violent encounters with 'Muslim', 'North-African,' or 'Roma' individuals. 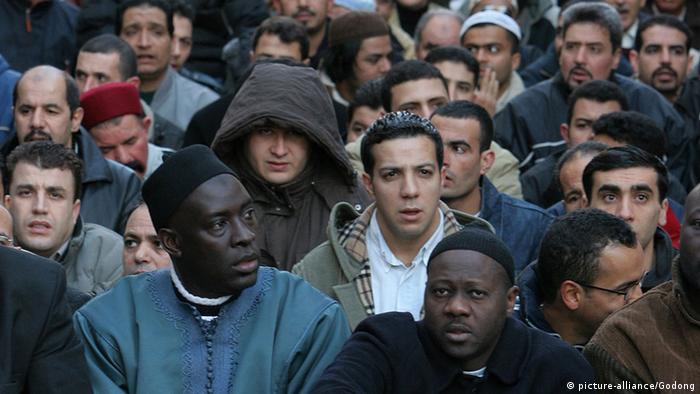 French weekly newspaper, "Le Journal du Dimanche", known as JDD, has been under heavy criticism on social media since it published a series of polls attempting to decipher what French Jews were most concerned about. One poll in particular has been denounced as being racially loaded, asking members of the Jewish community with which ethnic or religious groups they have had altercations.

In a two-page special titled "French Jews' great fear," the paper published a series of IPSOS Institute polls. One of them asked the French Jews, Muslims and a sample of the general population whether, over the course of the last year, they had encountered "problems" such as "insults" or "assaults" with a person from one of seven communities: "people of North-African origine," "Roma," "Muslims," "people of African origine," "Catholics," "Jews," and "people of Asian origin." The polls were requested by the Foundation of French Judaism.

The majority of respondents claimed they had had some form of trouble with North-Africans (29%) and Muslims (26%), while the Roma (27%) were second-most cited.

On Twitter, users denounced the paper and the polls, both for their content and their methodology. Among them, Grigny-based Abdoulaye wondered how it was possible for anyone to instantly guess their alleged attacker’s religion: "Now, one can recognise one's attacker's religion just by looking at their foreheads. I did not know that, thank you IPSOS."

User Elias doubted the very intention of the questionnaire: "Is this bogus poll not an incitement for a willingly planned, studied and executed hatred?"

More mocking tweets came as a new hashtag, "#SondageCommeLeJDD“, "poll like the JDD“, was used to parody the paper’s poll, with users making up their humorous questionnaires. Sports journalist Nathan Franchi joked "If you were obliged to chose between saying hello to a Muslim or drinking gasoline, would you choose: unleaded gas or diesel?"

Beyond criticizing the newspaper, some users wondered if the polling institute IPSOS and the Foundation for French Judaism should also be held to account. User Luis, from Strasbourg, asked "Who should get the blame? The one who reveals such a poll (JDD)? The one who prepared it (IPSOS) or the one who ordered it (the Foundation)?"

Other users had harsher words for IPSOS and polling companies in general. Blogger Vogelsong urged people not to solely direct their anger at JDD: "Let’s not forget IPSOS, who made the poll. Polling institutes are a democratic abcess.“

The poll did have some defenders, who used it as evidence to support the French far-right discourse against immigration and multiculturalism. Writing from Angers, Maximilien thought the poll "shows that peaceful coexistence between cultures is an illusion. Mass immigration causes physical and cultural lack of safety."

The poll was also denounced by the majority of the French press, who particularly insisted against the classification of individuals into defined communities. This is a recurring contentious issue for many in France, where there is no such thing as official ethnically differentiated statistics.

France's controversial plan to extend the state of emergency

As France debates extending the state of emergency implemented after the Paris attacks, criticism of the law has grown fiercer. DW explains what is driving the backlash, and why the government has defended the move. (31.01.2016)

Thousands of people in France have marched against plans to renew the state of emergency imposed after last year's Paris attacks. Activists have also taken issue with a proposal to strip terrorists of French citizenship. (30.01.2016)

France to recognize Palestinian state if deadlock with Israel remains

France would recognize a Palestinian state if its plans to make a final push for a two-state solution between Israel and Palestine fail. Peace talks collapsed in April 2014. (30.01.2016)