France′s controversial plan to extend the state of emergency | Europe | News and current affairs from around the continent | DW | 31.01.2016

France's controversial plan to extend the state of emergency

As France debates extending the state of emergency implemented after the Paris attacks, criticism of the law has grown fiercer. DW explains what is driving the backlash, and why the government has defended the move. 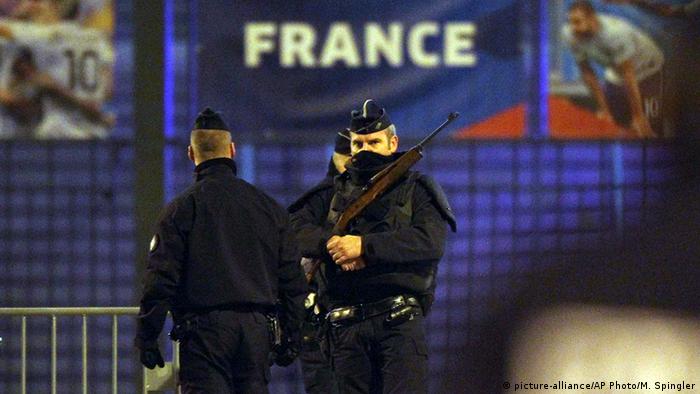 Thousands of protesters took to the streets of France on Saturday to protest the country's ongoing state of emergency. Enacted shortly after the November 13 terrorist attacks in Paris, the measures have drawn criticism from human rights groups and activists. As the government debates extending them once more, some of the backlash has grown even stronger.

What is the state of emergency? 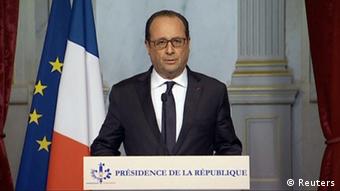 Hollande declared a state of emergency on November 13

President Francois Hollande announced a state of emergency in France on the same night the coordinated terrorist attacks were carried out in Paris by members of the so-called "Islamic State" (IS) terrorist group. Drawing on a law adopted in 1955, the measures give the government a number of exceptional powers in the event of a threat to national security.

According to the government's website, these include the right to place individuals under house arrest; block websites condoning or inciting acts of terrorism; and disband suspicious organizations. The decree also gives individual prefects the power to detain people, impose curfews, prohibit public meetings and conduct police searches.

This is not the first time the government has enacted the law. The infographic below illustrates previous instances in which the state of emergency has been declared. 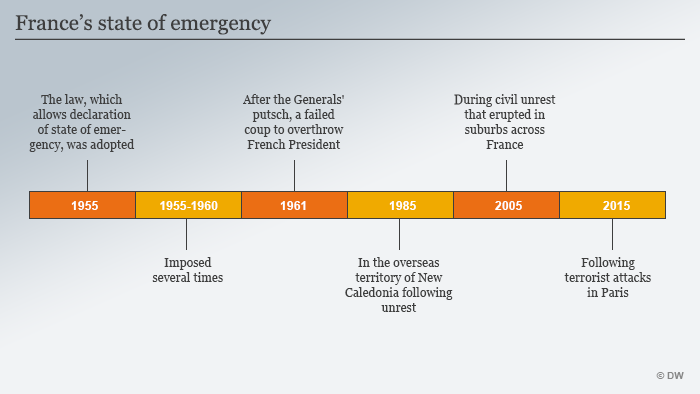 How long does it last?

Once declared, the state of emergency goes into effect for 12 days. After that, the president must seek approval from the parliament to extend it, as Hollande did the week after the attacks. French lawmakers voted to extend the measures until the end of February, and now the government is seeking to extend them once more.

Why does the government want to extend it? 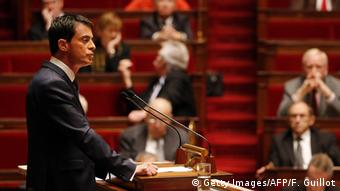 Valls has defended the emergency powers

Hollande and Prime Minister Manuel Valls have emphasized that emergency powers are necessary to ensure the safety of the public. On January 22, the president said he would seek approval for extending the measures. In an interview with France 5, Interior Minister Bernard Cazeneuve defended the move.

"As long as we think that there is an imminent [terrorist] threat, we need the state of emergency," Cazeneuve said, while also stressing that it would only be temporary.

Who opposes the extension, and why?

Many people both inside and outside France have become critical of the state of emergency, saying it goes too far and violates civil liberties. On Saturday, around 70 non-governmental organizations called for demonstrations across France demanding an end to the measures. The UN and the Council of Europe have also blasted the proposed extension. 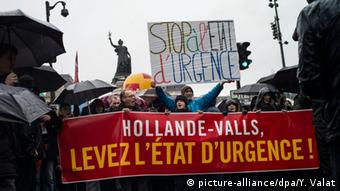 Protesters took to the streets to oppose the extension

The government had already taken some heat in December after it used its emergency powers during the Paris climate talks to ban public demonstrations and place hundreds of people - some of them environmental activists - under house arrest. French rights groups have warned the country is on a slippery slope.

When will a decision be made?

Parliament will consider extending the state of emergency in the coming weeks. The Senate will vote on the proposal on February 9, and the National Assembly (the lower house) will follow suit on February 16.

If approved, the state of emergency will be extended for another three months.

What travelers need to know about Paris

Three days after the terror attacks the French capital is under nationwide state of emergency. Anyone traveling to Paris is likely to encounter restrictions. (16.11.2015)