Two French nationals were among the 23 people from 18 countries who died in the attack on an international hotel in the capital of Burkina Faso. French police are helping with the investigation. 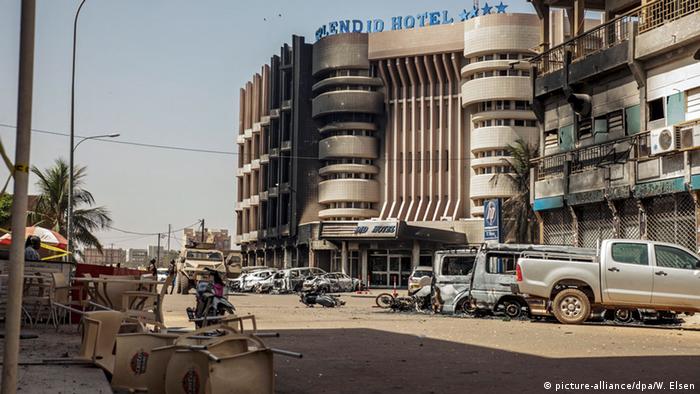 Al Qaeda in the Islamic Maghreb (AQIM) said they were behind the attack, adding that it was "revenge against France and the disbelieving West."

Experts from the French scientific police were in Ouagadougou on Saturday helping local authorities with the investigation into the hotel attack.

The assault ended early Saturday when Burkina Faso and French security forces killed four attackers and freed more than 126 people. At least 23 other people from up to 18 different countries were killed in the attack at the Splendid Hotel and nearby Cappuccino Cafe.

At least 33 of the hostages were wounded as Burkinabe and French security forces flushed out three al Qaeda affiliated attackers in a firefight centered around the Splendid Hotel and a nearby restaurant. A fourth attacker was killed at a nearby hotel.

Commandos stormed the 147-room Splendid Hotel in Burkina Faso's capital early on Saturday - some five hours after al-Qaeda-linked militants launched an attack there at around 7:30 p.m. local time (1930 UTC) on Friday.

A shocked survivor who asked not to be named told a DW correspondent that two militants with heavy weapons had broken through the door of a meeting room and sprayed a volley of bullets.

"One of the assailants shot in my direction and I was hit in the shoulder, but others were severely wounded," the survivor said. "Then the French security forces came and freed us."

Burkina Faso's Minister of Security and Internal Affairs said on Saturday that an Australian doctor and his wife were kidnapped from Djibo, the capital of the northern Soum province in the Sahel late on Friday.

The couple had been working as volunteers in the area for a number of years, according to a local reporter.

The abduction was reported just after the overnight seizure of the hotel in Burkina Faso's capital by al Qaida-linked extremists.