A French appeals court has upheld an earlier guilty verdict over racist remarks by National Front founder Jean-Marie Le Pen. At a 2013 rally, he described Roma as having a 'foul-smelling presence' in Nice. 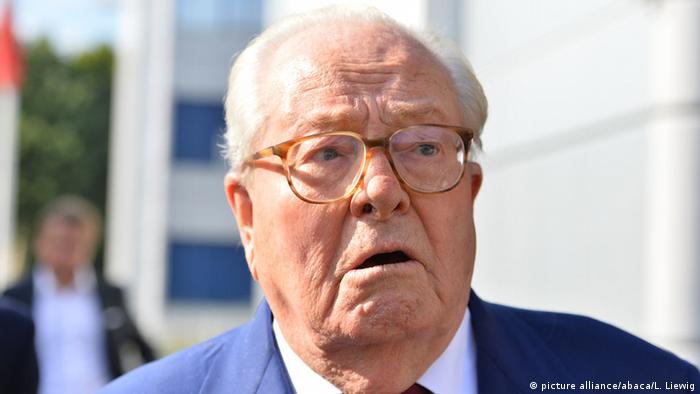 The court of appeal in the southern French commune of Aix-en-Provence ruled on Monday that National Front (FN) founder and former-leader Jean-Marie Le Pen should pay a 5,000-euro ($5,300) fine, levied 10 months ago over his depiction of Roma people as "irritating" and "smelly."

Judges agreed that the 88-year-old, who now holds the post of honorary president of the far-right party, was guilty of racism and provocation to hatred after he told a public meeting in the city of Nice that "several hundred Roma in this town are a foul-smelling presence."

The latest court ruling follows the European Parliament's decision last October to strip Le Pen of immunity to allow another French trial to proceed, where the life-long politician is accused of anti-Semitism.

Le Pen, who handed the party's leadership to his daughter Marine six years ago, was originally found guilty by a court in Nice last April over the comments about Roma, made in 2013.

He had also warned that because the EU was opening up the right of free movement to Romanian citizens, the French city was likely to see 50,000 nomadic newcomers imminently.

During campaign rallies elsewhere in the country, he had also told supporters that the Roma people had a propensity to steal.

Three groups including "SOS Racisme" and "The League of Human Rights" launched legal actions and are set to receive several thousand euros in damages following the failed appeal, in addition to the fine. 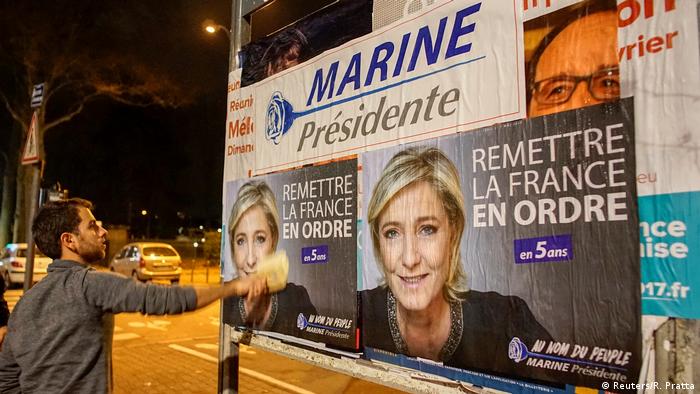 Le Pen is no stranger to divisive rhetoric. He has been found guilty on at least eight occasions for racist or inflammatory remarks since the early 1990s, including holocaust denial.

After reiterating in 2015 an earlier suggestion that the Nazi gas chambers were a "detail" in World War II history, he was expelled from the National Front, a decision he fought against and won in court. Subsequently, he continued to hold the title honorary president.

In 2002, Le Pen's popularity gave the French political establishment a scare when he won enough votes to qualify for the second round of the presidential election. Although, he lost the run-off to incumbent Jacques Chirac, the party's popularity has remained strong ever since.

His daughter Marine, who has led the National Front since 2011, has sought to distance the party from her father's most controversial comments.

But similarly, on an anti-immigration, anti-EU ticket, she is predicted to secure enough support in this year's presidential election first round to make it to the run-off vote in May. However, two opinion polls on Sunday showed she would lose to centrist candidate Emmanuel Macron in the second round.

A poll by Odoxa/Dentsu-Consulting showed 39-year-old Macron, a former economy minister in Francois Hollande's government, would beat Le Pen in the runoff with 61 percent of the vote, versus 39 percent for her. Another poll by Figaro/LCI showed Macron winning the runoff by 58 percent to 42 percent for Le Pen.