The former National Front leader has been fined thousands for belitting the historical role of the Nazi regime. He has become infamous for such statements throughout his career. 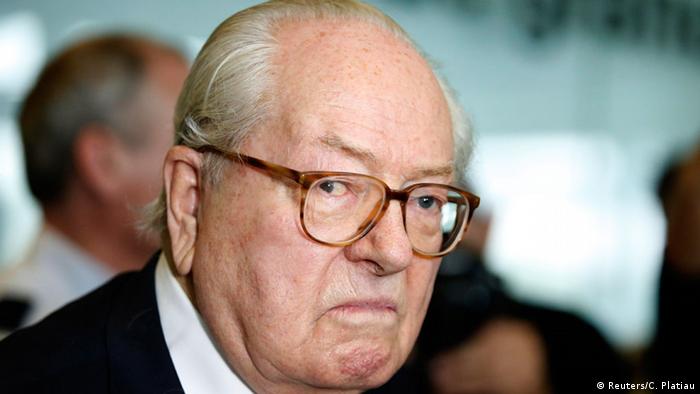 The founder of France's far-right National Front party, Jean-Marie Le Pen, has been convicted of denying crimes against humanity by a Paris court. Le Pen was fined 30,000 euros ($34,000) on Wednesday for saying that Nazi gas chambers were merely a "detail" of history.

The judges then ordered the 87-year-old Le Pen to pay a further 10,001 euros to the three charities which had brought the case against him. They rejected his claim that as a former member of the European Parliament he had immunity as a lawmaker.

The nationalist leader has made similar comments several times during his career, and was convicted of the same offense in 2012 when he remarked that occupation of France by Hitler's forces was not "particularly inhumane."

His daughter Marine Le Pen who now leads the National Front, has expelled him from the party in an effort to gain political legitimacy ahead of the 2017 general election.

The younger Le Pen was embroiled in her own legal troubles on Wednesday as she fought off accusations she was connected to the Panama Papers leak.

France's "Le Monde" newspaper published an article on Tuesday alleging that a longtime Le Pen acquaintance whose company provides publicity for political campaigns had related offshore dealings. The paper also mentioned unproven business interests belonging to the elder Le Pen as being part of the leak.

A lawyer for the National Front has announced that the party has already begun defamation proceedings.