French bank SocGen agrees with US to pay $1 billion in penalties over bribery, manipulation

France’s second-biggest bank Societe Generale has agreed with the US to pay penalties exceeding $1 billion to settle allegations it bribed officials in Libya, and manipulated the Libor interest rate benchmark. 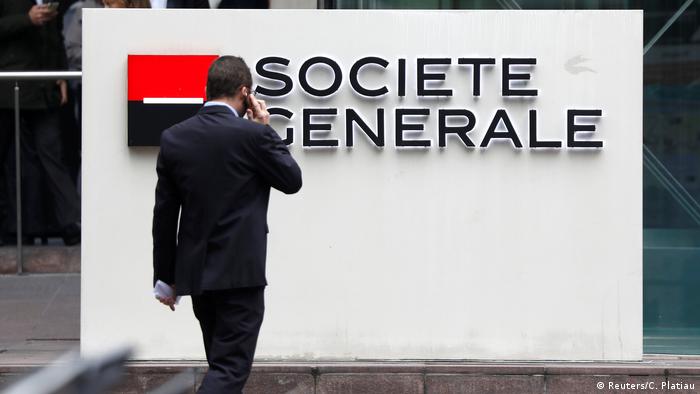 In a statement issued by the US Department of Justice on Monday, French bank Societe Generale (SocGen) and one of its subsidiaries agreed to pay the penalties to settle the cases. It is also to plead guilty in a New York court on Tuesday in connection with the resolution of the Libyan bribery case.

The bank reached a settlement with authorities in France relating to the Libya corruption scheme to pay a penalty otherwise payable to the US. It is the first coordinated resolution by US and French authorities in a foreign bribery case.

US Attorney Richard Donoghue said the resolution "sends a powerful message to financial institutions that engage in corruption and manipulation in the financial markets that they will be held accountable."

"This is the first coordinated resolution with French authorities in a foreign bribery case," the Department said in its statement.

The bank is to pay $585 million (€500 million) in criminal penalties for bribing Gadhafi-era Libyan officials.

According to the Justice Department, between 2004 and 2009, the bank's subsidiary SGA Societe Generale Acceptance paid a Libyan broker $90 million to funnel bribes to high-level officials to secure $3.7 billion in investments in the bank from Libyan state agencies, leading to some $523 million in profits.

In addition to pleading guilty to conspiracy and false reporting and paying the fines, SocGen also agreed to cooperate with the Department of Justice's investigation, and to "adopt and maintain enhanced compliance procedures."

SocGen admitted it had falsely declared Libor submissions between May 2010 and October 2011 to make it look as though SocGen was able to borrow money at more favorable interest rates than it was actually able to do. This made out the bank was stronger and more creditworthy than it was.

The Libor rate is used to set lending rates for mortgages, bonds and consumer loans worth trillions of dollars around the globe.

In its statement, the Department said the manipulation scheme was ordered by senior executives at SocGen.

The penalties for the London Libor manipulation have been set at $275 million, plus $475 million in regulatory penalties and other payments to the Commodity Futures Trading Commission.

Other charges were brought against the bank in relation to employees in London and Tokyo in 2006 working together to manipulate SocGen's Japan Yen Libor submissions. Two former SocGen employees have been indicted for their roles in the scheme. Both of them are still at large.

In a statement on Monday, SocGen in Paris said it had taken "extensive steps in recent years to strengthen its overall compliance and control framework."

The Financial Times reported on Sunday the possibility of a merger between SocGen and Italian Bank UniCredit. They are two of Europe's largest financial institutions.

A number of large banks have agreed to pay billions of dollars to compensate investors in a large-scale currency-rigging lawsuit. But the settlements are still preliminary, awaiting the approval of the judiciary. (14.08.2015)

A French court has told Jerome Kerviel to pay 1 million euros to his former employer Societe Generale for losses he incurred through equity derivative trades. Kerviel has said he will fight against the ruling. (23.09.2016)