The EU Commission has fined banks Credit Agricole, HSBC and JPMorgan Chase for their part in a cartel to fix the price of financial benchmarks linked to the euro. Three other banks were already fined. 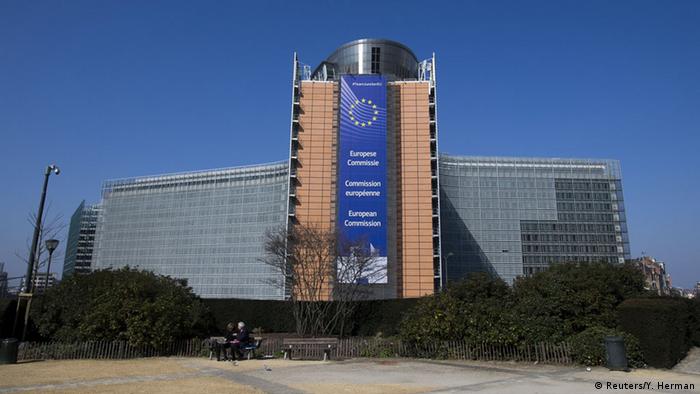 Fines totalling 485 million euros ($520 million) have been imposed on French bank Credite Agricole, Britain's HSBC and US investment bank JP Morgan for "participating in a cartel in euro interest rate derivatives," the EU's executive Commission said in a statement Wednesday.

They were part of a seven-bank cartel that colluded between September 2005 and May 2008 to distort the Euribor benchmark interest rate used to reflect the cost of interbank lending.

"Today's message sends a clear message: banks and all companies have to respect EU rules," said the EU's Competition Commissioner Margarethe Vestager at a news briefing.

The three banks had held out from a settlement with the EU in 2013 that saw Deutsche Bank, Societe Generale and Royal Bank of Scotland accept responsibility in the case.

The move is the latest attempt by financial market regulators aroud the world to punish the wrongdoings of the world's biggest banks in the run-up to the 2008/2009 financial crisis.

The Euribor case deals with the business of setting benchmark currency rates for euro-denominated contracts, including prices for mortgages, students loans and other assets. Other currency benchmarks, set primarily by the world's major banks, include theLibor rate set for the British pound and the Yen Libor for contracts in the Japanese currency.

In the wake of the financial crisis, dozen of the world's biggest banks have admitted widespread collusion to fix the rates illegally and were slapped with huge fines and even prison terms. Four former Barclays bankers, for example, were jailed by a British court in July for manipulating the Libor interest rate between 2005 and 2007.