Frederick William: 5 myths about one of Germany′s most famous rulers | Culture | Arts, music and lifestyle reporting from Germany | DW | 18.02.2020

Frederick William: 5 myths about one of Germany's most famous rulers

Did Frederick William of Brandenburg found Prussia? Who really introduced the potato? A new biography of "the Great Elector" takes a deeper look at the life of the famous member of German royalty and debunks myths. 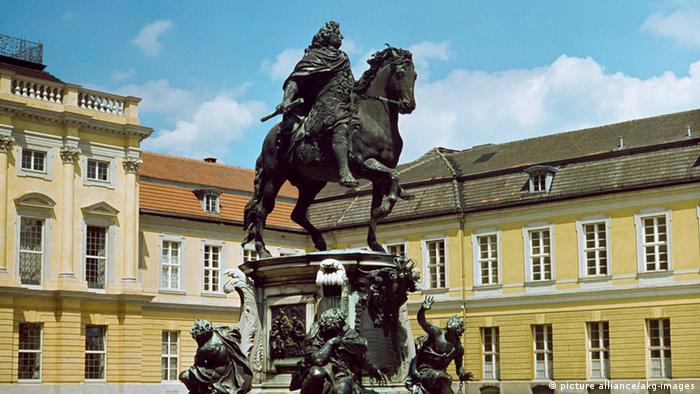 Frederick the Great may be the best-known member of the Hohenzollern royal dynasty, but many of Prussia's achievements date back to his great-grandfather — at least according to myth.

Frederick William of Brandenburg (1620-1688) is reputed to have promoted religious tolerance, introduced military discipline and established an effective bureaucracy. Known as "the Great Elector," he is still considered one of the most important German rulers.

The eldest Frederick William ruled over a vast territory which stretched from East Prussia to North Rhine-Westphalia in the West. In his biography Der Grosse Kurfürst (The Great Elector, 2020), historian Jürgen Luh views the traditional image of the ruler with skepticism. Luh counters what he considers earlier historians’ veneration of the leader by taking a critical look at unbiased sources to debunk some of the myths. 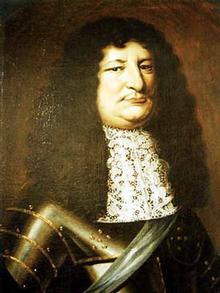 A portrait of Frederick William of Brandenburg

Myth 1: Frederick William of Brandenburg is the founding father of Prussia

After his father's death, the 20-year-old took over the government of Brandenburg as Elector in the Holy Roman Empire. At the beginning of his regency in 1640, the Thirty Years' War had already been underway for 22 years and the territory was ravaged. The capital of Berlin-Cölln looked more like a poor provincial town than a regal capital. Germany itself did not exist as a single nation as we know it today, but was instead a union of different principalities, counties and cities, headed by an emperor known as an elector.

"Frederick William tried to put the country back on its feet," explains Luh. The elector built up an army, stimulated the economy and began to create collections of books and paintings. He knew how to involve non-Prussians in the development of his dominion, and his marriage to the Dutch Princess Louise Henriette of Orange-Nassau brought some of her compatriots to Brandenburg. Among them were craftsmen, builders and merchants. On the other hand, he also took in those who were persecuted elsewhere: Jewish businessmen from Vienna and Huguenots from France.

Frederick William's efforts, however, were not primarily directed at the progress of his geographically dispersed territory but were self-serving. He was trying to "attach importance to himself and find a position within the German and European princely public sphere," says Luh.

According to the biographer, Frederick William of Brandenburg was not the founding father of Prussia, but was actually appointed to the region afterwards: "He morphed into the man who created the conditions for the rise of Brandenburg-Prussia and therefore also of Germany, so to speak." 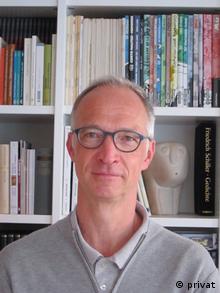 Myth 2: He earned the title of 'the Great Elector'

Luh however disagrees: The ruler gave himself this title and made sure his lofty name was spread throughout Europe by his diplomats. "In his time he was never seen as a great elector, but rather as a difficult person who wanted to get to the top." In a sense, he was not only a servant of the state, but a servant of his own reputation and prestige.

Luh also doubts that Brandenburg had a functioning bureaucratic apparatus at the end of Frederick William's reign in 1688 as other historians have argued. According to Luh, this information hails from preliminary work of 19th-century historiography which was seeking a founding father for Germany.

Under Frederick William's electoral rule, bureaucracy only existed in a rudimentary form, the historian explains. It was developed later in the 18th century. Among the rulers of Brandenburg-Prussia, his grandson Frederick William I is considered the first to focus on the order of internal affairs. In his grandfather's time, large parts of Brandenburg were still unconnected and many in the region did not want to be ruled. "The Brandenburg states were still strong enough to often resist the electoral will," Luh told DW. 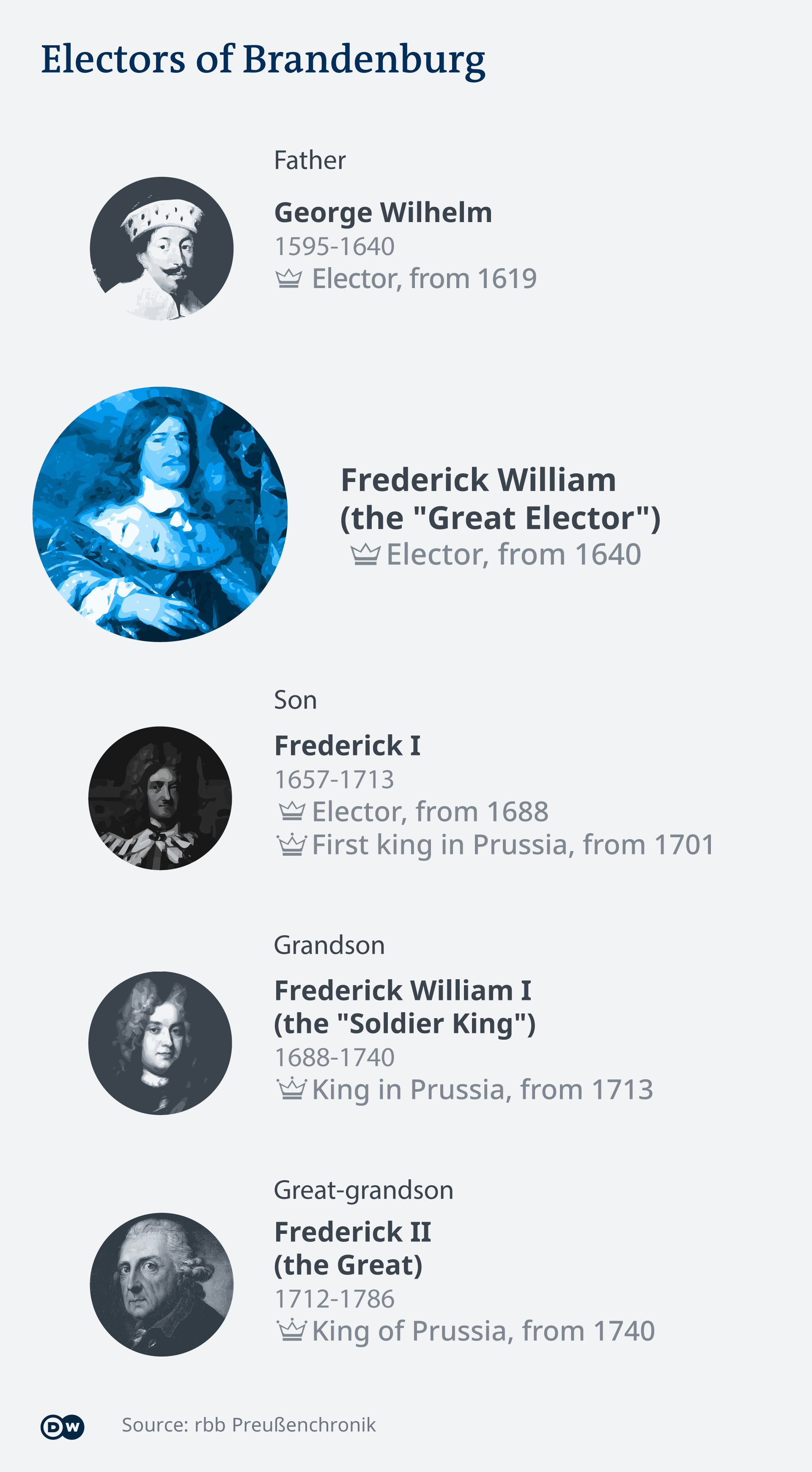 Myth 4: The elector was a tolerant, prudent and foresighted ruler

Frederick William was a God-fearing man who stood up for his Calvinist faith and wanted his branch of Christianity to be treated the same way as the Catholic or Lutheran branches. His religious tolerance was initially directed at his own fellow believers and he thus placed Calvinists above others. In this respect, he was not very tolerant.

If one relates the characteristic of prudence to the ability to manage one's assets, Luh contrasts Frederick William with his second wife, Dorothea. She was a better economist than her husband and knew how to spend her money wisely, and generate income. It was she who uplifted him from spells of depression he experienced if he did not achieve what he had set out to do.

His wills testify that at the end of his life, Frederick William wanted to divide his country among his sons, which makes it clear that, contrary to what is often claimed, he did not think of laying the foundation for what would later become Prussia. 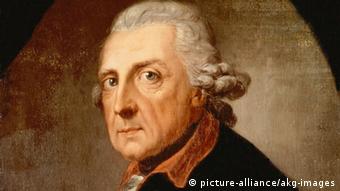 Myth 5: His great-grandson brought the potato to Germany

As legend has it, thepotato was introduced to Germany by Frederick the Great. However, this time, his grandfather Frederick William should rather be getting the credit.

In his biographic research, Luh learned that the potato was previously cultivated in Bavaria and Elector Frederick William had it as an ornamental plant in one of his gardens. "It is true, however," Lud adds, "that his great-grandson promoted the cultivation of the potato by giving orders to do so."

Germany's palaces are major tourist attractions, but where did all the kings and queens go? Here's why you might hear about German royals today, even though the country's monarchy was abolished a century ago. (14.08.2019)

Since the last German emperor, Kaiser Wilhelm II, unceremoniously abdicated in 1918, the heirs of the Prussian royals have been trying to regain properties and riches expropriated after both wars. But it's complicated. (19.07.2019)

Those who find Berlin too hectic tend to move to Potsdam. Frederick the Great also appreciated the tranquility, the wide open spaces and the water. But Potsdam is so much more than a mere green suburb of Berlin. (09.06.2016)