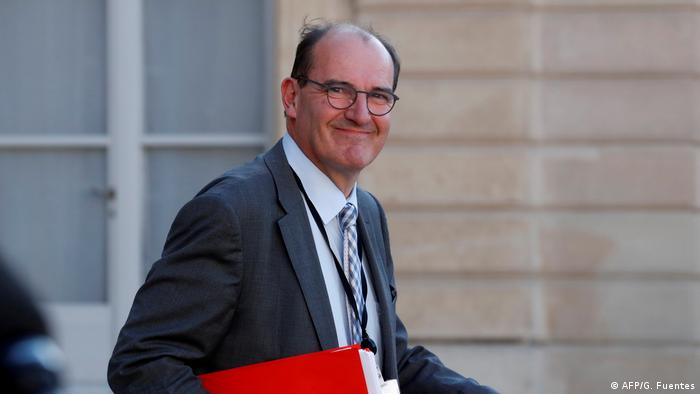 Castex is a senior civil servant who has held several posts in local, regional and national governments. In April, he was charged with managing the easing of France's lockdown during the novel coronavirus pandemic. Philippe resigned along with the rest of the French government.

The move paves the way for a government reshuffle, which was widely expected as French President Emmanuel Macron seeks to boost his credentials with disillusioned voters. Macron aims to reorient his final two years in office.

The rest of the government is expected to be named by Wednesday.

On Sunday, Macron's centrist political party En Marche collapsed in municipal elections across the country. Although Macron enjoys popularity at the European level, his image domestically has suffered from a series of setbacks, including the yellow vest protests and labor reforms.

Ministers to be investigated over virus crisis

Hours after their resignation, a special French court ordered an investigation into several former ministers, including Philippe, over their handling of the coronavirus crisis.

The Law Court of the Republic saw an unprecedented 90 complaints in recent months, filed by COVID-19 patients, doctors, prison personnel, police officers and other French residents. Shortages of masks and other equipment were key among the grievances.

The court typically deals with complaints against top officials, but normally only sees a few complaints per year. Former Prime Minister Philippe, Health Minister Olivier Veran and former Health Minister Agnes Buzyn were among those the court deemed worthy of investigations. All in all, nine officials will be investigated by the court.

The ministers and other officials are accused of "failing to fight a disaster," and could face up to two years in prison if tried and convicted.

The French presidency said Macron and Philippe had agreed that a new government was required to form a "new path" forward.

"I will need to make choices to lead [France] down that path," Macron said. He praised Philippe's "outstanding work" during his time in government.

In April, Macron said he wanted to "reinvent" himself to meet the latest challenges facing the French republic. But tackling the fallout of the novel coronavirus pandemic is likely to take center stage for the rest of his presidential term.

Macron and German Chancellor Angela Merkel are spearheading plans to establish a European recovery program for the EU's hardest-hit countries. However, even those efforts have faced resistance among EU member states that fear pulling debt as part of a recovery fund.

Polls have closed in local election in France and the German state of Bavaria. Calls to remain at home amid the growing coronavirus outbreak are proving a special challenge to democracy. (15.03.2020)