Socialist Anne Hidalgo has been reelected mayor of Paris after the second round of municipal polls. President Emmanuel Macron's centrist party, meanwhile, took a drubbing in a vote marked by the record-low turnout. 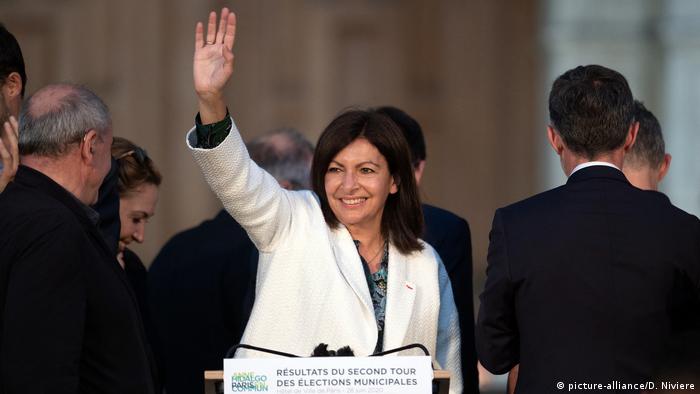 Paris Mayor Anne Hidalgo secured a second term in office on Sunday, roundly defeating her conservative rival Rachida Dati in France's municipal elections, which had been postponed amid the coronavirus crisis. Hidalgo was elected mayor of Paris in 2014 and is the first woman to hold the office.

The Socialist mayor's victory will allow her to oversee the 2024 Summer Olympics. Hidalgo is backed by the Europe Ecology-The Greens Party (EELV), which saw a dramatic surge in several large cities. According to exit polls, the Greens and their leftist allies are expected to win Lyon and Marseille and are leading in the race for Bordeaux City Hall. 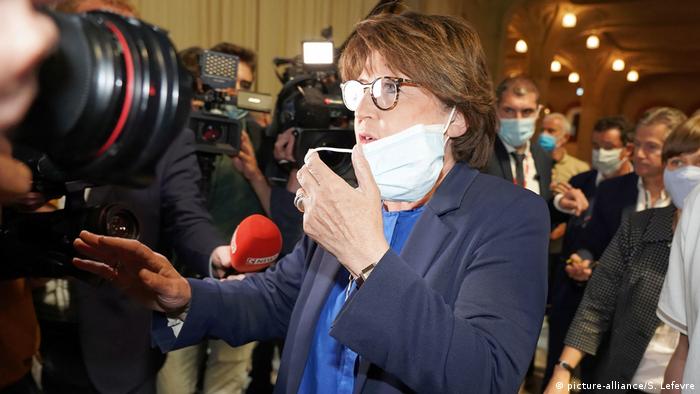 The Greens ousted Aubry as mayor of Lille

Marine Le Pen's far-right National Rally claimed victory in the southern city of Perpignan, the first time that the anti-EU party took control of a French city with a population of more than 100,000 people since 1995.

Le Pen is also seen as Macron's main challenger in the next presidential election expected to take place in 2022.

Sunday's elections saw a record-low turnout, with only 40% of voters casting ballots. People voted wearing face masks, maintained social distancing while in line, and carried their own pens to sign voting registers.

The first round of the elections was held in March, just days before French President Emmanuel Macron declared a lockdown. The second round was scheduled for March 22 but was pushed back due to the coronavirus pandemic.

Macron expressed his concern over the high abstention rate. Le Pen said the low turnout was "astonishing" and left-wing politician Jean-Luc Melenchon said it amounted to "a civic strike."

Macron's Republic on the Move (LREM) party failed to make significant inroads at the local polls, which were seen as a mid-term test for the French president, two years before he faces reelection. He acknowledged that a "green wave" had swept the elections, the Elysee Palace said. 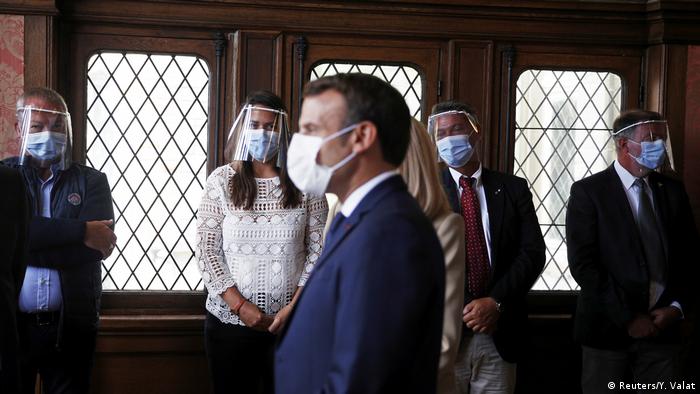 It was a tough night for Macron's centrist LREM party

This was the first time the centrist LREM, created shortly before the 2017 presidential vote, contested nationwide municipal elections.

"There are places … where our own internal divisions brought us to results that were extremely disappointing," government spokesperson Sibeth Ndiaye said.

The sole bright spot for the Macron's party was in the northern port city of Le Havre, where the president's prime minister, Edouard Philippe won the race for mayor.

Although French law allows Philippe to hold two executive posts, his job could be under threat from a widely rumored government reshuffle. Philippe has seen a rise in popularity in recent weeks, surpassing Macron in opinion polls.

A previous version of this article stated the Greens had won the election in Lille. The department apologizes for the error.