The French president has announced a massive policy overhaul for the country's poorest neighborhoods. Poor, urban suburbs have become breeding grounds for radicalization. 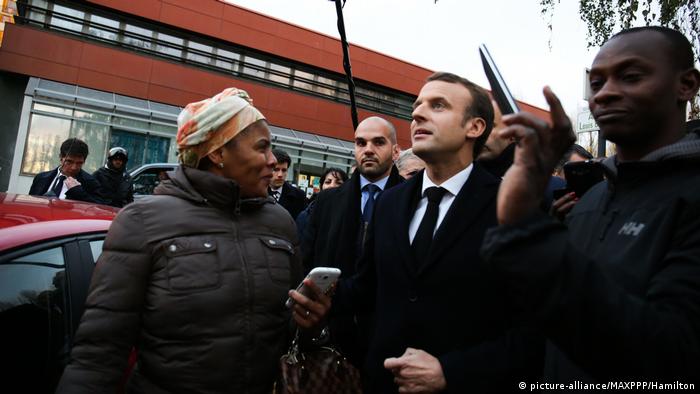 French President Emmanuel Macron announced his plan to overhaul France's poorest neighborhoods at Clichy-sous-Bois, a neighborhood which once erupted in violent protests against isolation and discrimination

French President Emmanuel Macron on Tuesday unveiled a series of new social and economic policies for the country's poorest neighborhoods. Macron partly blamed the French state for contributing to the rise of homegrown extremism by abandoning low income areas.

In the suburbs of France's biggest cities, including Paris, low-income neighborhoods dominated by housing projects have highlighted the state's inability to integrate generations of migrants and stimulate economic livelihood.

"In these neighborhoods we have closed schools, cut aid for the oldest and youngest, and other groups have arrived touting solutions for all of that," Macron said, referring to ultra-conservative Islamic associations. "Radicalization took root because the state checked out."

In 2005, the so-called "banlieue" of Clichy-sous-Bois on the outskirts of Paris became a focal point of the state's public policy on discrimination and isolation when violent protests erupted in response to the death of two boys killed while fleeing police. 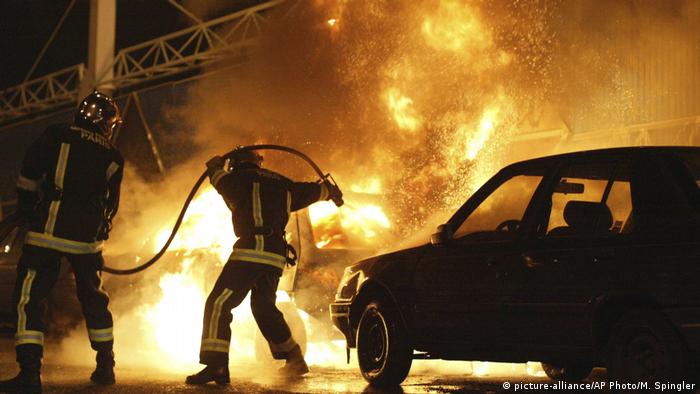 In 2005, violent protests against isolation and discrimination erupted in the Paris suburb of Clichy-sous-Bois, a "banlieue" marked by the French state's failure to meet the needs of the country's poorest neighborhoods

Macron's plans to tackle the root cause of social and economic isolation, include overhauling funding for public housing, expanding child care, improving public transport links and offering subsidies to companies that hire youth from targeted areas.

France has witnessed several large-scale terrorist attacks over the past three years. In November 2015, sympathizers of the "Islamic State" (IS) militant group launched a series of attacks across Paris, leaving 130 people dead.

Earlier that year, al-Qaeda operatives staged an attack on the offices of French satirical weekly Charlie Hebdo and a Jewish supermarket, while another IS supporter drove a lorry into a crowd of revelers commemorating France's Bastille Day in 2016, killing 86 people.

According to Laurent Nunez, who heads France's domestic intelligence agency, nearly 18,000 people in the country have been placed on radicalism watch lists – and that number is growing.