Following the drowning of 27 people in the English Channel, France says it is preparing a new post-Brexit deal on migration. But Paris also asked the UK to stop "double speak." 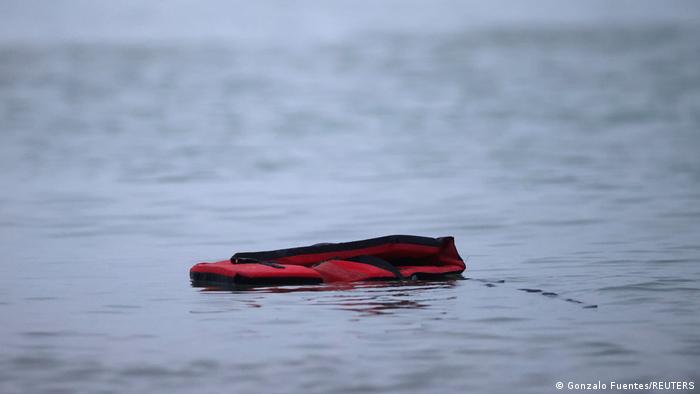 French Prime Minister Jean Castex is set to write to UK PM Boris Johnson on Tuesday about tackling people smuggling and migration across the English Channel, according to French Interior Minister Gerald Darmanin.

The news comes just days after 27 people drowned while trying to cross from France to the UK in an inflatable boat. The two governments have been trading blame on the issue, with a letter from Johnson prompting the French government to disinvite UK Home Secretary Priti Patel from a crisis meeting over the weekend.

On Monday, Darmanin said Paris was ready to quickly resume talks with London. However, he called for an end to "double speak" from UK officials, in reference to alleged differences between private talks and London's public stance.

"We do not want a unilateral agreement," the interior minister said after attending a defense council meeting chaired by French President Emmanuel Macron.

"What we want is a balanced agreement between the United Kingdom and the European Union that offers real solutions to all the problems."

Darmanin rejected the UK idea of French and British forces patrolling the English Channel together, saying that the French were "not the subcontractors of the British government."

"Can you imagine French policemen on British beaches?" he asked reporters.

The new deal, as envisioned by Paris, should clearly divide responsibilities between the UK and its EU neighbors. Darmanin also said that the accord would need to include the option of refugees applying for asylum in the UK.

France opened an organized crime investigation into the recent migrants deaths. Talking to reporters on Monday, Darmanin also announced that the government would double the staff of its agency that combats people smuggling, and add personnel from the ministries of finance and foreign affairs. France has already asked for the EU border agency Frontex to deploy a plane to "fly day and night" and monitor the Channel area.

The latest escalation comes amid tensions between the UK and France, most notably due to a post-Brexit row over fishing rights and licenses in UK waters.