France to move against radicalization in schools

France will introduce new measures to promote secularism in schools and to prevent students' radicalization. The move follows complaints that a number of students refused to pay respect to victims of the Paris attacks. 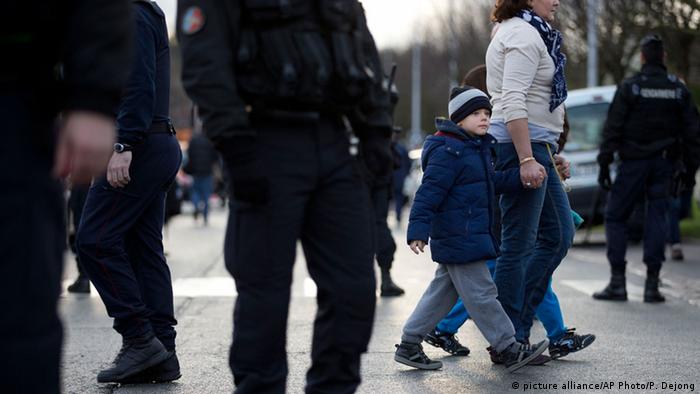 The new project will cost 250 million euros ($289 million) and will involve training courses for schoolteachers across France. The students will receive an additional civic and ethics education, and French symbols such as the national flag and anthem, will be celebrated on December 9, which has been declared as a "Day of Secularism."

Efforts will also be made to make French schools more socially and culturally diverse and poor students will receive more grants from the state.

"Schools are and will be the firm, discerning and pedagogical front lines against challenges to the Republic – that is their identity and profound mission. The schools and the Republic are inseparable," Education Minister Najat Vallaud-Belkacem told reporters on Thursday.

Earlier this month, the authorities received several complaints that a number of students across the country had disrupted vigils for the victims of this month's attacks in Paris. Some had reportedly protested against the satirical magazine Charlie Hebdo, which published cartoons of Islam's Prophet Muhammad.

On January 7, three French citizens of Algerian and African origin killed 17 people, including 12 at Charlie Hebdo's office, with one of them saying that they had avenged the "blasphemous" caricatures.

Prime Minister Manuel Valls said he intended to deal with the issue of marginalization of certain communities in France - admitting that the country had failed to integrate large immigrant populations in the mainstream.

"Secularism must be applied everywhere, because that is how everyone will be able to live in peace with each other," Valls told a press conference.

President Francois Hollande has called freedom of expression one of France's key "values," responding to protests in several countries against the front cover of Charlie Hebdo, again depicting the Prophet Muhammad. (17.01.2015)