US Holocaust survivors and their families are set to receive compensation of a 49-million-euro accord from SNCF. The French train operator was involved in the deportation of some 76,000 Jews during Nazi occupation. 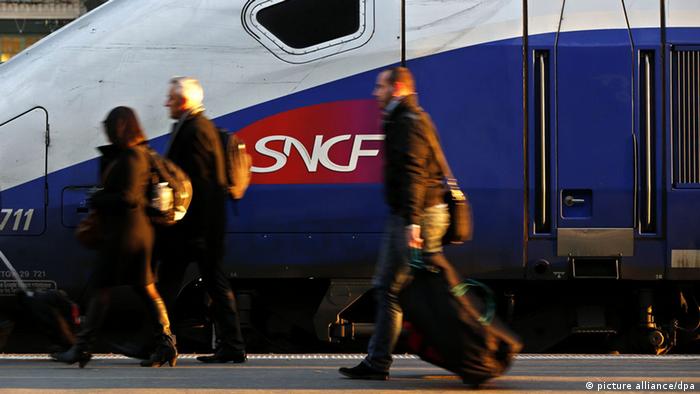 France and the US signed a 49-million-euro ($60-million) accord on Monday, which will compensate thousands of Holocaust survivors and their families who were deported to concentration camps by France's state rail company SNCF during Nazi occupation.

At a State Department ceremony in Washington on Monday, French human rights ambassador Patrizianna Sparacino-Thiellay said the agreement will cover thousands of survivors, or their spouses and heirs in the US, who were not covered by earlier compensation funds. She described the accord as a chance to "mend the hole in the blanket" as France faces its "historic responsibilities."

Speaking at the signing of the agreement, longtime US negotiator on Holocaust issues Stuart Eizenstat said the agreement marked a "belated and imperfect justice for one of history's darkest eras."

Survivors, including nationals from Israel and Canada as well as Americans who were deported, could receive up to 81,000 euros each, while heirs and spouses could receive several tens of thousands.

The compensation fund, which must still be approved by the French parliament, has already received criticism for only being available to Holocaust survivors and their families, and not descendents of those who lost their lives. "Where's the justice?" said one attorney, Harriet Tamen, who represented some 900 people seeking compensation from SNCF.

The accord came about after Maryland lawmakers demanded that SNCF compensate Holocaust victims before being allowed to join a bidding process on a 25-kilometer (16-mile) public-private light rail project worth nearly 2.4 million euros.

From 1942 to 1944, some 76,000 Jews were transported by French railways to Nazi death camps after France's Vichy regime collaborated with the Nazis in their efforts to wipe out Europe's Jewish population. Only around 3,000 survived.

France has already paid out some 49 million euros to French nationals who were victims of the Holocaust under a scheme which was set up in 1946. However, they will not be eligible to receive compensation from Monday's signed agreement.

One of the world's most wanted Nazi war criminals, Alois Brunner, is thought to have died four years ago in Syria. The Austrian SS officer deported 128,500 European Jews to Nazi deaths camps during the Second World War. (02.12.2014)