Nongovernmental organizations in France have launched a class-action lawsuit against the government for alleged systemic discrimination by police carrying out ID checks. 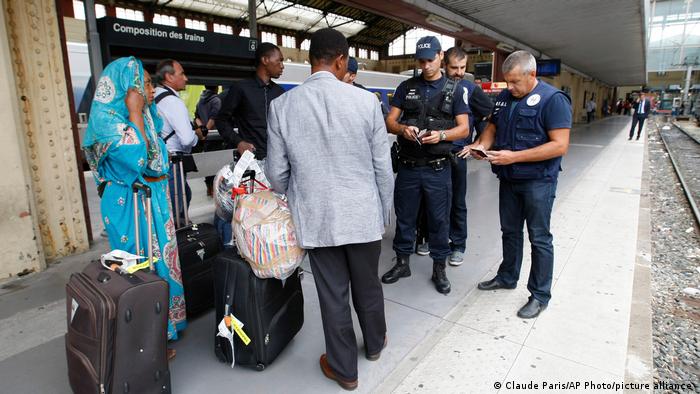 In a first for France, six nongovernmental organizations have launched the lawsuit

Six organizations, including Human Rights Watch and Amnesty International, on Wednesday said they had served notice on the French government over racial profiling by police.

The groups contend that French police target Black people and people of Arab descent. They said they were serving legal notices to Prime Minister Jean Castex, as well as the country's interior and justice ministers.

The documents included demands for concrete steps and sweeping law enforcement reforms to ensure racial profiling is not used to determine who is stopped by police.

"This practice is stigmatizing, humiliating and degrading for all those who are victims of it in France," said Amnesty in a statement. "Numerous studies establish the systemic nature of these checks..."

"Despite these numerous studies and numerous public condemnations, successive governments have limited themselves to cosmetic changes and have renounced the necessary structural reforms."

Serving notice is an obligatory first step in a two-stage legal process. It gives French authorities four months to talk with the NGOs about meeting their demands.

First case of its kind

Critics claim that police abuses have been left unchecked or whitewashed by authorities. If the plaintiff parties are still unsatisfied, the case would be expected to progress to court.

The lawsuit is the first class-action discrimination case based on color or supposed ethnic origins in France and takes advantage of a little-used law from 2016.

"It's revolutionary, because we're going to speak for hundreds of thousands, even a million people,'' lawyer Slim Ben Achour told the AP news agency in a phone interview.

The action is mostly on behalf of second- or third-generation French citizens.

The NGOs have said they want reforms rather than monetary damages, especially with regard to the law governing identity checks. The organizations say the law is too broad and does not give sufficient police accountability.

They also say they are not accusing individual police of being racist because "they act within a system that allowed these practices to spread and become installed."