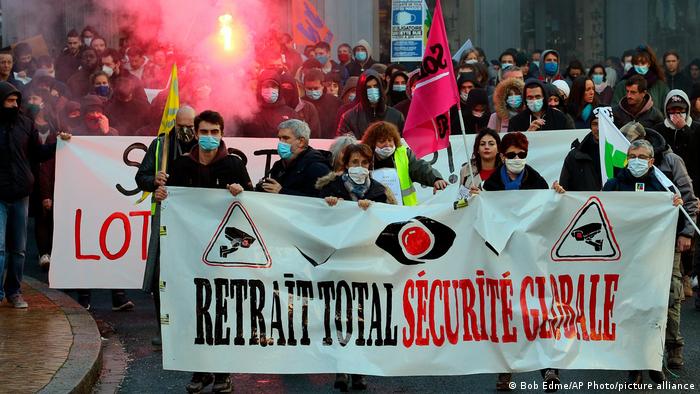 Protests against a proposed legislation in France turned violent on Saturday

Nearly 150 people were arrested in Paris on Saturday after protests against proposed security laws turned violent.

Riot officers and police vehicles escorted the march through rainy Paris but tempers flared and some protesters were left with bloody faces following clashes between law enforcers and those demonstrating. 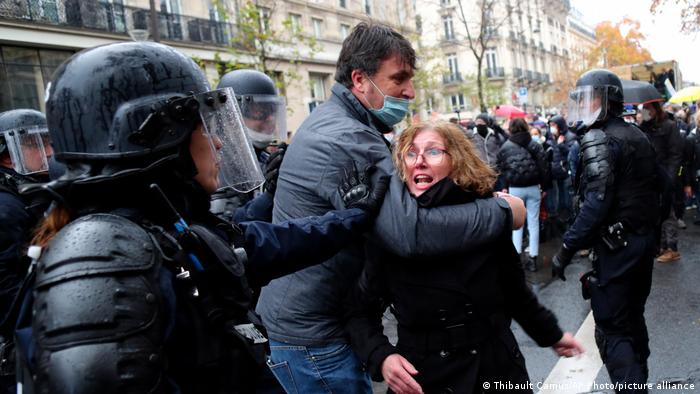 Filming police under the spotlight

Saturday marked the third weekend in a row marchers have taken to the streets across France to air their frustration at a proposed security law aimed at combating "radical Islamism."

The law's most contested measure could make it more difficult for citizens to film police officers. It aims to outlaw the publication of images with intent to cause harm to police.

Slogans emblazoned on placards carried by protesters in Paris said "I will never stop filming" and "Camera equals mutilation?"

There were also protests in other French cities, such as Lyon, in the southeast, where authorities reported five arrests among people they said attacked police and sought to loot shops.