Bisphenol-A is widely used to harden plastics. It has been linked to dangerous disruptions of organisms' hormones, especially in infants. France is taking bold action, banning the chemical in food packaging by 2014. 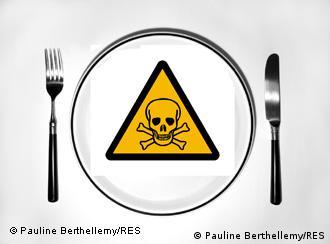 From plastic dishware to canned foods, BPA is everywhere

Some 3.8 million tons of the chemical bisphenol-A (BPA) are manufactured each year worldwide, making it one of the most-produced chemicals on the market.

The French Agency for Food, Environmental and Occupational Health and Safety (ANSES) lists nearly 60 different industries that potentially use the chemical.

Yet evidence over the past decade has increasingly linked BPA to detrimental health impacts on people and the broader environment.

Animal testing has shown that the chemical affects the body's hormonal balance. Bisphenol-A mirrors the sex hormone estrogen, and can interfere with the reproductive system.

There is also evidence to suggest that exposure to BPA can cause the sexual organs of young male fish and mammals to atrophy. Scientists believe the chemical could cause similar reactions in humans.

"There are cases in which very young girls have developed breasts, and bisphenol-A could be to blame," said Michèle Delaunay, a doctor and Socialist Party legislator in the French National Assembly.

In late September, Delaunay published a report on the dangers of BPA. "The chemical poses other risks," she said.

"It can be responsible for obesity, cardiovascular diseases and could possibly increase the risk of cancer." 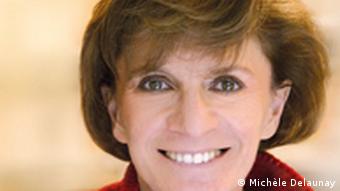 Michèle Delaunay, a French legislator, released a report on the dangers of BPA

Scientists around the world are examining the effects of this common chemical, but their studies often yield very different results.

The industry has insisted that the chemical is harmless in normal amounts – but a meta study conducted by ANSES last year put that assertion to the test. The agency concluded that bisphenol-A "is toxic, even in small amounts."

Years ago, the European Food Safety Authority (EFSA) declared an upper limit on the chemical, listing the maximum dose per kilo of body weight per day at 0.05 milligrams.

But ANSES claims this limit is far too high - as does Yannick Vicaire of the Réseau environnement santé, a French non-governmental organization dedicated to health and environmental issues.

"If you look at studies that show that a smaller amount of bisphenol-A can be harmful, you have to lower the current limit for an allowable daily dose," he said. "By our calculations, by two-million-fold."

Vicaire added that the simplest measure would be to ban the use of bisphenol-A altogether, "at least in the area of food packaging."

Scientists now know that the chemical can be absorbed via ingestion – something Dr. Delaunay said posed particular risks to infants like "newborns, and probably unborn babies, too, as well as small children, all of whom have bodies that are still developing," he said

Studies have shown that 39 percent of the BPA that small children absorb comes from breast milk.

"And a few months after birth, an infant might also be fed canned peas, for instance," Delaunay said - and most cans are made with bisphenol-A.

As of January 1, 2014, France will become the first country in the world to ban the use of BPA in all food packaging.

It was also the first nation to prohibit the chemical from being used to make baby bottles, a law that went into effect in June of last year.

Twelve months later, the European Union followed suit. Denmark expanded the ban to encompass all packaging for baby food, teething rings, toys and dishes for children under the age of three.

A similar law has been enacted in Canada, and Japan started making food and beverage cans with protective interior coatings that allow less BPA to come into contact with the containers' contents.

In the United States, several companies offer food packaging that is BPA-free and made from plant-based materials, though it is not clear whether all substitutes are really better. 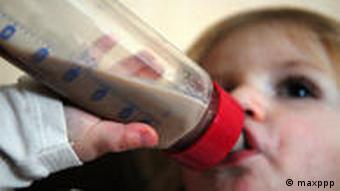 The EU banned the use of BPA in baby bottles

ANSES in France has called on the chemical industry and the research community to identify safe materials that could replace bisphenol-A in food packaging. A report is due in October 2012.

Already, supermarkets in France and the United States have started using receipts that read "bisphenol-A-free paper."

"Bisphenol-S, for instance, is used instead," Delaunay said. "And so far, there aren't studies to show whether this chemical is really less dangerous."

Researchers have yet to prove a conclusive link between bisphenol-A and health problems, but speculation regarding the chemical's potential for harm continues to grow.

With that in mind, ANSES has stressed its preference for a precautionary approach. The German Environment Ministry has also recommended that manufacturers find environmentally friendly alternatives to BPA.

Meanwhile, consumers can reduce their exposure to BPA by avoiding foods that come in plastic packaging, and by choosing groceries in glass jars and bottles, instead of tin cans.

The European Union has moved to ban the chemical Bisphenol-A (BPA) from baby bottles. The jury is still out as to how dangerous BPA really is. (26.11.2010)

Since legislation went into force in 2005 banning untreated household garbage from landfills, incineration plants have been built all over the country. More, in fact, than it presently needs. (22.07.2008)