France's deadliest terrorist attack in decades could divide Europe and Islam still further. As Muslims brace for retaliation, they say they're no less French than the rest of the country, writes Erin Conroy from Paris. 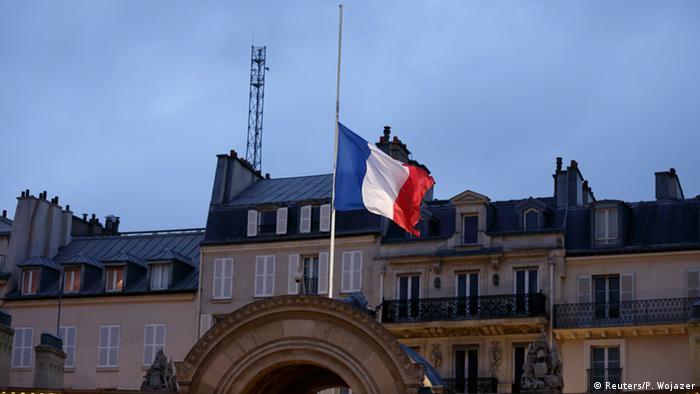 At midday Thursday, the head of Paris' main mosque stood in its courtyard among a group of leaders of several faiths. As the clock struck noon, the men observed a moment of silence for the victims of the previous day's deadly attack on the offices of French satire magazine Charlie Hebdo. Each man stressed the previous day's act does not represent Islam.

"It's a blow to all Muslims," said Dalil Boubakeur, the Grand Mosque's rector who is also the president of the French Council of the Muslim Faith. "We cannot let these perpetrators - who cannot claim to be true Muslims - represent us or create these new levels of confrontation. We only want to live in peace." 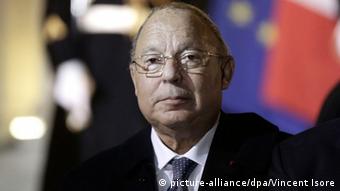 Muslim leaders across France, and the rest of Europe, have been eager to condemn the attack on Charlie Hebdo and distance themselves from extremists, amid fear of reprisals by radical right-wing followers.

France is home to Europe's largest Muslim population, with more than 5 million out of a population of about 65 million. But fears of creeping "Islamization" are growing, as are fears that the country could become polarized as right-wing politicians seek to blame the ongoing economic crisis gripping France on minority groups such as Muslims.

The attacks play into the hands of the French far right who fail to distinguish between moderate Muslims and extremists.

One interpretation of the recent shooting is that it is an attempt by Islamist terrorists to draw out anti-Muslim sentiment to further divide the country into pro and anti-Muslim groups. Some commentators argue this will draw moderate secular Muslims into the fight.

Le Pen: rejection of Islamic fundamentalism must be proclaimed

Front National leader Marine Le Pen, who is vehemently anti-immigration and has repeatedly warned against what she calls the threat of Islam, has been tipped to lead in the first round of the 2017 presidential race.

On Thursday, she posted a video on her party's website branding the Charlie Hebdo shooting "a terrorist attack carried out in the name of radical Islam."

"Time's up for denial and hypocrisy," she said. "The absolute rejection of Islamic fundamentalism must be proclaimed loudly and clearly."

While most mainstream leaders downplayed the religious dimension of the attack, Le Pen's rhetoric of Europe and Islam at war was echoed by the general secretary of the mainstream right UMP, Laurent Wauquiez

"There are people who have decided to destroy freedom of expression and destroy democratic society, and to struggle against Western civilization," he told Paris' Jewish radio station RCJ.

The Charlie Hebdo attack - France's deadliest in 50 years - could contribute to deepening resentments, and the rise of Le Pen and her party, some stressed. 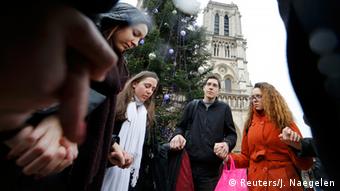 France observed a moment of silence on Thursday

"It has already triggered an Islamophobic reaction," said Olivier Roy, a former consultant to the French Foreign Ministry and professor at the European University Institute in Florence, Italy. "But more than that, it has triggered an increased quest for clarification on the issue of so-called compatibility with Islam. The Muslim population is very diverse - there are conservatives but the large part of it is secular - and there is no institution or Islamic establishment to represent Islam in France, leaving them incredibly vulnerable."

Several attacks on mosques were reported Thursday, though nobody was injured. A man was arrested for spray-painting the phrase "death to Arabs" in the western city of Poitiers, while training grenades were thrown onto the grounds of a place of worship in Le Mans. Shots were fired at a prayer room in Port-la-Nouvelle in the south.

Sickening to listen to Le Pen

"It is a bit sickening to listen to these things that Le Pen or others say, which have no logic," she said. "These are not foreigners - they are French men. The problem is in France. It is this very division, in the country and in institutions, that makes people such as these attackers feel as though they are not close enough to their countrymen." 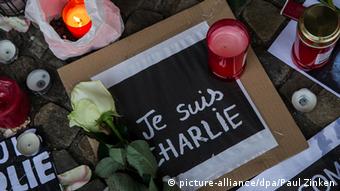 In this way, France's model of multiculturalism and integration has failed, said Roy.

"At least politically, it is not working," he said. "The new elite Muslims in France - the highly educated people, in good jobs as lawyers or doctors - have a problem of political representation. There is no such thing as an Islamic party in France, so they go to traditional political parties. But there they cannot be positioned in win-able seats. So there is slow progress."

Amouri Khaoula of the Union of French Islamic Organizations, said there is concern that the divide in France is deepening. "We worry that more people will come to believe that Islam is a threat, that Muslims are to be feared."

It is a worry that could be heard time and again among French Muslim leaders.

"I only hope this will not divide France," said Hassen Chalghoumi, imam of the Drancy mosque in Paris's Seine-Saint-Denis suburb. "This will be fuel for the people who want to prove that Islam is a massive threat in this country."

Religious leaders from other denominations who appeared at the Grand Mosque in Paris to show their support Thursday stressed that all of France has been affected - including Muslims.

"Representatives of religions in this country - Judaism, Christianity, the Protestant church, Orthodox, Catholicism, Islam and Buddhism - we all condemn this heinous act that touches our hearts and consciences," said Francois Clavairoly, president of the Protestant Federation of France.

'Muslims are just as afraid of Muslim extremists' 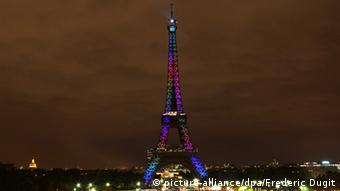 Muslims says they're no less French than the country's other citizens

Boubakeur, the Grand Mosque's rector, called on French imams to condemn the tragedy and address it in their Friday prayers.

"Muslims are just as afraid of Muslim extremists," he said.

A young man worshiping at the mosque, who would only give his first name as Mohammed, stressed that it is his nationality that defines him.

"I am French - this is my identify, and it is unfair to paint a picture of me as anything else," he said. "I am French and I represent the French values: liberty, equality, fraternity."