France: Battle for IS-stronghold of Raqqa to begin in days

French Defense Minister Jean-Yves Le Drian has said the Syrian city is surrounded by Kurdish-led forces, awaiting their orders. Raqqa has been under the control of the "Islamic State" armed group since 2014. 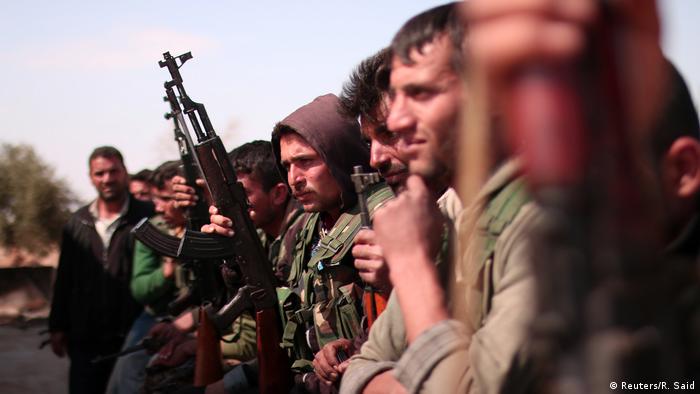 Le Drian told France's CNEWS television on Friday that the battle for self-styled "Islamic State's" (IS) de-facto capital of Raqqa would be "a very hard battle."

"Today we can say that Raqqa is encircled and that the battle will begin in the coming days," he said, adding that the city's recapture was a "major objective" for the US-led coalition trying to quash the extremist group in Syria and Iraq.

Clashes in Damascus after rebel attack

France and Germany are part of the international coalition of almost 20 countries fighting IS, which overran large parts of Syria and Iraq in 2014.

Shortly after Le Drian spoke, the Reuters news agency reported that the multi-ethnic Syrian Democratic Forces (SDF), which are backed by the international alliance, had reached the entrance to the Tabqa dam, about 40 kilometers west of Raqqa. Intense clashes were reported by a Syrian monitoring group around the 60-meter (197-foot) high dam, which stretches 4 kilometers (2.5 miles) across the Euphrates River and is one of the few land crossings remaining after several bridges were destroyed during the six-year conflict.

Friday's push comes three days after US aircraft ferried Syrian-Kurdish fighters and allies behind IS lines to spearhead a major ground assault on the town of Tabqa, which is held by IS.

The US-backed offensive to retake Raqqa began in November and has been led by the SDF, an alliance of Kurdish and Arab fighters.

Early this month, Kurdish-led forces cut off the road that connects the city with Deir al-Zour province, in a key strategic advance against the extremist militia. 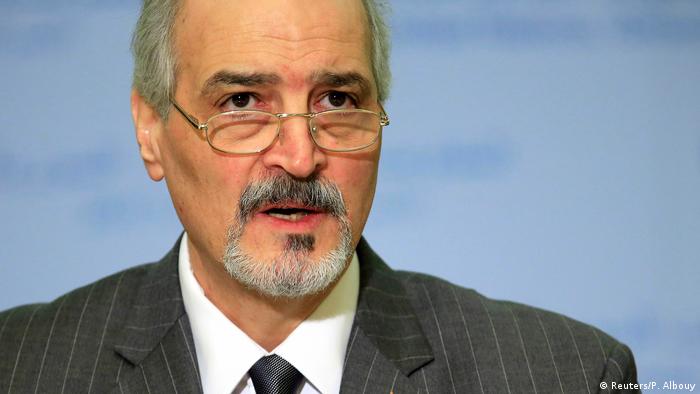 Meanwhile, Syria's ambassador to the United Nations Bashar al-Ja'afari accused Washington of "invading my country" in an attempt to beat IS, adding that the operation to liberate Raqqa should be doing in coordination with the Damascus government.

Al Ja'afari said countries backing rebel groups in Syria, such as Britain, France, Turkey and Qatar, were sponsors of terrorism, and warned the recapture of IS' de-facto capital without regime involvement would be "illegitimate."

He made the comments after a new round of UN-mediated peace talks got underway in Geneva on Friday led by UN envoy for Syria Staffan de Mistura.

Despite being the fifth round of negotiations, the Syrian government and opposition groups are still not meeting face-to-face.

The talks were expected to focus on governance, elections, a new constitution and the fight against terrorism.

De Mistura said after the first day of talks that Russia, Iran and Turkey needed to convene a new round of separate ceasefire talks, after both Syrian regime and opposition rebels broke the terms of a previous truce, agreed in December.

At least 33 people have been killed in an airstrike on a school sheltering refugees near Raqqa, a monitoring group says. The US-led coalition fighting "IS" is believed to be behind the attack, according to the group. (22.03.2017)