Arab and Kurdish fighters close in on 'IS' Syria stronghold Raqqa

An alliance of Arab and Kurdish fighters has seized a dozen villages in eastern Syria. The move is part of a drive to encircle the so-called 'Islamic State' (IS) group's stronghold of Raqqa ahead of new peace talks. 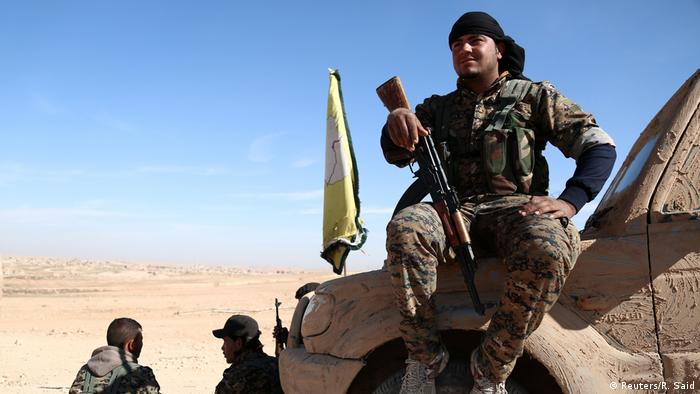 Backed by air strikes from the US-led coalition, the Syrian Democratic Forces (SDF) - an alliance dominated by the Kurdish People's Protection Units (YPG), but also several units of Arab fighters - made what they called a major incursion into the oil-rich province of Deir Ezzor on Tuesday.

The move was part of a push to take or cut off the northern city of Raqqa - the de facto Syrian capital of IS's so-called caliphate. The aim is to cut IS's supply lines from the city to Deir al-Zor province, just east of the city and almost completely held by IS.

"Our aim is to cut the road to Raqqa and besiege IS... We have liberated 15 villages," field commander Dejwar Khabat said on Tuesday in the town of Makmaneh, which is about 100 kilometres (60 miles) east of Raqqa. He said IS was dispatching suicide bombers but had not been able to slow the offensive.

"We have entered the first villages of Deir Ezzor province," said Abu Khawlah, who heads the 1,700-strong Deir al-Zor Military Council, an Arab component of the SDF. "Our entry into Deir al-Zor was a big surprise (for IS), and there will be more surprises coming," he said.

The Syrian Observatory for Human Rights said Tuesday's advance was the SDF's "biggest incursion" yet into Deir al-Zor province. The UK-based Observatory reported that 11 people had been killed in unidentified air strikes on a gas station and parking garage in an IS-held village in the province. "The death toll could rise because there are at least 35 people wounded, some of them in critical condition," monitor head Rami Abdel Rahman said. 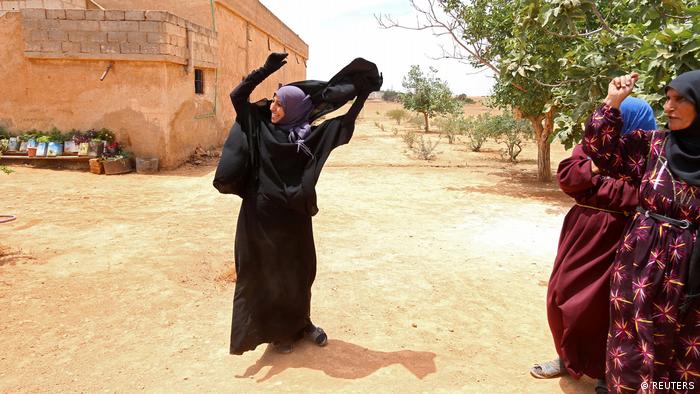 A woman removes her niqab after SDF forces took control of her village in Aleppo province last year.

The Deir al-Zor province has been targeted in the past by both the US-led coalition and Russia, which has been waging an air war in support of Syrian President Bashar al-Assad since September 2015 in Deir al-Zor city and has engaged in clashes with the group further west.

That battle brings the Turkish-backed rebels into close proximity with Syrian government forces. They had advanced towards the city from another direction before the rebels entered it, raising fears of sparking a confrontation with Turkey. A map showing the strategic importance of Raqqa

Turkish-backed Syrian rebels are also fighting for control of the northern city of al-Bab, which monitors say is still mostly in IS hands.

Peace talks back on

With peace talks set to resume in Switzerland on Thursday, movement on the ground in Syria will likely play a role in determining each side's negotiating position. Different groups in Syria's multi-sided conflict are fighting a number of separate battles against IS, with a key role being played by Russia and an as yet unclear role to be played by the USwith its new, administration under President Donald Trump.