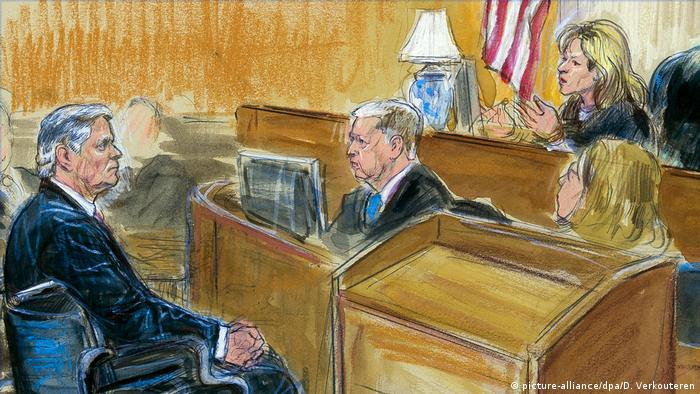 Former Trump campaign manager Paul Manafort was sentenced on Wednesday to an additional 43 months in prison on federal conspiracy charges, just as prosecutors in New York filed separate state charges for mortgage fraud and other felonies.

Manafort, 69, is set to spend more than seven and a half years in prison when the crimes of secret lobbying and witness tampering are added to the nearly four years he received last week in Virginia on separate charges of bank and tax fraud.

In Washington, US District Court Judge Amy Berman Jackson ignored Manafort's apology and request for leniency for the crimes related to secret foreign lobbying for a pro-Russian Ukrainian political party and witness tampering.

"It is hard to overstate the number of lies and the amount of fraud and the extraordinary amount of money involved," Jackson told Manafort.

The charges, to which Manafort had pleaded guilty, were brought as part of special counsel Robert Mueller's probe investigating Russian meddling in the 2016 US presidential election.

The former Republican lobbyist has been in jail since June 2018, when his house arrest was revoked after it emerged that Manafort was engaged in witness tampering.

Trump on Manafort: 'It doesn't involve me'

There has been much speculation as to whether President Donald Trump might pardon Manafort, for whom the president has repeatedly said he "feels very badly."

But on Wednesday as his sentence was being handed down in Washington, Manhattan District Attorney Cyrus R. Vance Jr. announced an indictment against Manafort for "a yearlong residential mortgage fraud scheme through which Manafort and others falsified business records to illegally obtain millions of dollars" in the state of New York.

That could be bad news for Manafort, as presidential pardons only apply to federal convictions.

Last week, many observers were outraged at what they perceived was an exceptionally light sentence handed down by US District Judge T.S. Ellis III in the Virginia case.

Federal sentencing guidelines called for Manafort to be given between 19 and a half and 24 years in prison for hiding millions of dollars from the US Internal Revenue Service (IRS) by using undisclosed foreign bank accounts.

Ellis, who has publicly voiced contempt for the Mueller investigation, however, sentenced Manafort to just 47 months behind bars for his crimes. The case also sparked anger over sentencing disparity in America, in which the wealthy receive far lighter sentences than the poor.

Trump: Cohen lied about everything except collusion

Michael Cohen testimony to US Congress: What you need to know

In his testimony to Congress, Donald Trump's former lawyer Michael Cohen has cast him as a racist and con man and said the president knew about efforts to damage Hillary Clinton. DW looks at key parts of the testimony. (28.02.2019)