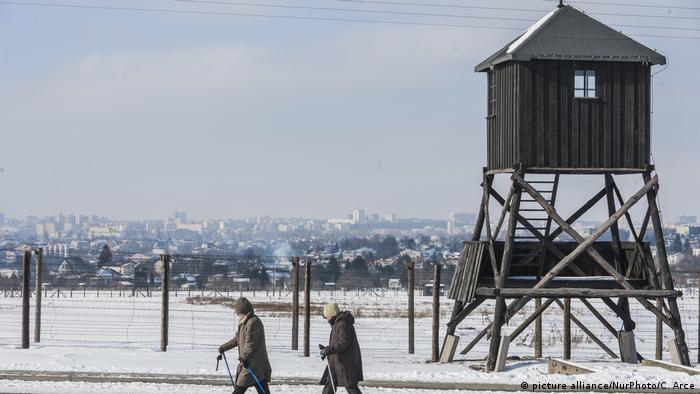 German public prosecutors in the city of Frankfurt charged a 96-year-old man on Friday with complicity in the Nazis' murder of thousands of detainees during the Second World War.

The unidentified man allegedly guarded a death camp in Lublin-Majanek in German-occupied Polish territory during the war. He was serving as a member of the SS, the Nazi elite military force, between August 1943 and January 1944. Tens of thousands of Jews and members of other ethnic and minority groups targeted by the Nazis were killed at the camp.

Prosecutors said in a statement that the then 22-year-old "knew about the cruelty of the organized mass killings" and that the prisoners "facing their fate, innocently and defenselessly, were killed for inhuman reasons."

The man also allegedly supported the "Erntefest" (Harvest Festival) executions that took place on November 3, 1943, in which at least 17,000 Jewish prisoners were forced to dig their own graves before being shot.

"By being part of a chain of guards and a tower guard, he made a contribution to (the Erntefest) and knowingly and willingly supported the malicious and cruel acts," the statement said.

The prosecutors' suspicions against the accused resulted from preliminary investigations by the Central Office of the State Justice Administration for the Investigation of National Socialist Crimes in the state of Baden-Württemberg.

Germany has in recent years stepped up efforts to prosecute former Nazi officials and collaborators whose work supported but did not directly result in deaths.

The so-called "bookkeeper of Auschwitz," Oskar Gröning, was sentenced to four years in prison in 2015 after being found guilty of 300,000 counts of accessory to murder.

But other trials have stalled because of the advanced age of many of the defendants. A case against a 96-year-old former medic at Auschwitz collapsed in early September after the accused was found to be too ill to stand trial.