Ex-chief executive Donald Tsang's corruption trial is the highest-profile trial in the city's recent memory. He has denied any wrongdoing. 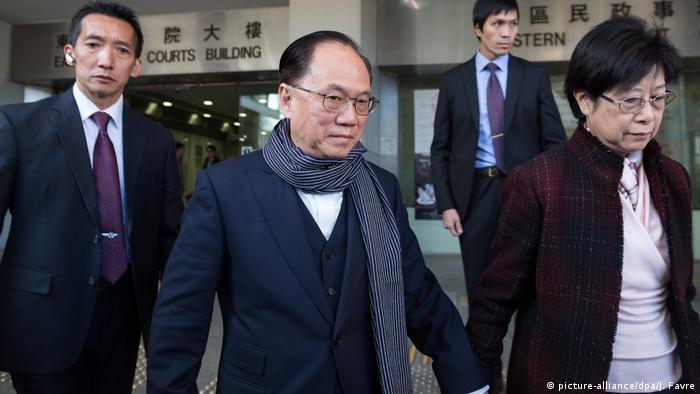 Former Hong Kong leader Donald Tsang pleaded not guilty to misconduct and bribery on Tuesday, four and a half years after ending his term in disgrace. The 72-year-old is the highest-ranking official to stand trial in the city's history.

Dubbed "bow tie Tsang" for his preference in neckwear, the former chief executive had already apologized to the public at the end of his second term in 2012 for accepting lavish gifts such as a trips on luxury yachts or private jets from friendly businessmen.

Now he stands accused of failing to disclose plans to lease a penthouse in neighboring Shenzhen from a major investor in a broadcaster which was applying for a license from the Hong Kong government at the time. After the penthouse deal, he nominated an architect who had worked on the project as an interior designer for a government award.

The trial comes as Hong Kong residents are becoming increasingly skeptical of the ties between government and business leaders. Current Chief Executive Leung Chun-ying has also been fighting off corruption allegations amidst reports he accepted a payment of 50 million Hong Kong dollars (US $6.5 million) from an Australian engineering firm shortly after taking office.

Opposition voices blame the problem on the system mainland China has put in place for electing the city's leader, who is chosen by a committee of 1,200 heavily weighted in favor of Beijing.

The trial is expected to last 20 days. Tsang has said he has "every confidence" he would be vindicated.

The Hong Kong government has kicked out two pro-democracy lawmakers and has its sights set on four more. The lawmakers had altered their signing-in oaths to add in lines about democracy in a protest against Beijing. (01.01.2017)

Uncertainty looms over Asia as it prepares to deal with Trump's US presidency. DW analyzes how China's economic ambitions, Afghanistan's security challenges, and Southeast Asia's political turmoil could define 2017. (26.12.2016)