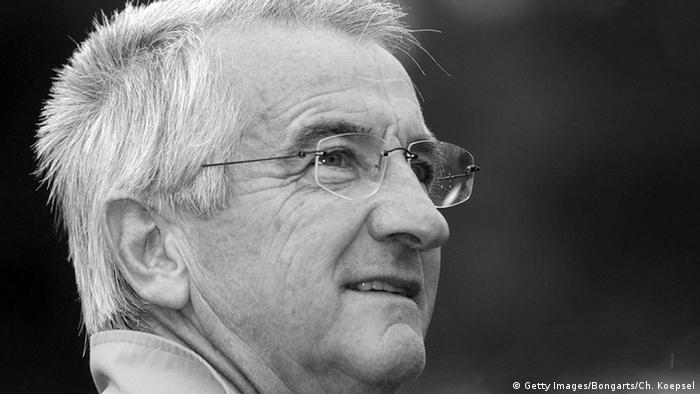 FC Cologne confirmed when contacted by news agencies on Monday that Hannes Löhr had passed away at the age of 73. His death came as something of a surprise, as just on Sunday he had attended the game between the Cologne Sharks and the Berlin Polar Bears of Germany's top ice hockey league.

"It looks like he died in his sleep," said Detlef Langemann, a former Sharks captain and a longtime close friend of Löhr.

Among those to express their sorrow at Löhr's passing was another former Cologne attacker, Lukas Podolski.

Löhr, a native of the Cologne region, had suffered a couple of serious setbacks to his health in 2015, including a stroke and a bout of pneumonia.

The left-sided attacker scored 166 goals in 381 Bundesliga games for FC Cologne between 1964 and 1978, making him the club's top scorer of all time. In the 1967-68 season, Löhr scored 27 goals to take the Bundesliga's scoring crown. He also made 20 appearances for the national team and was a member of the West German squad that played in the 1970 World Cup in Mexico.

After hanging up his boots, Löhr got into coaching, first with FC Cologne and later with the German football association, the DFB. There, he guided West Germany's under-21 team, which included future stars such as Jürgen Klinsmann and Thomas Hässler to the bronze medal at the 1998 Summer Olympics in Seoul.