The cause of the blaze remains unclear. After an extended drought, the risk of forest fires has spiked in Germany. 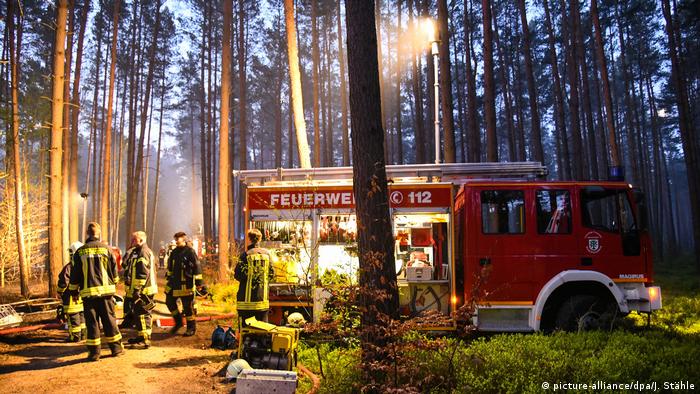 One hundred firefighters were deployed to a forest outside of Oranienburg.

A large forest fire erupted 20 kilometers (12 miles) from the German capital early Monday morning. The blaze spread across an area of roughly 2.5 hectares (6 acres) before being brought under control by the fire brigade.

The cause of the fire has not yet been determined. 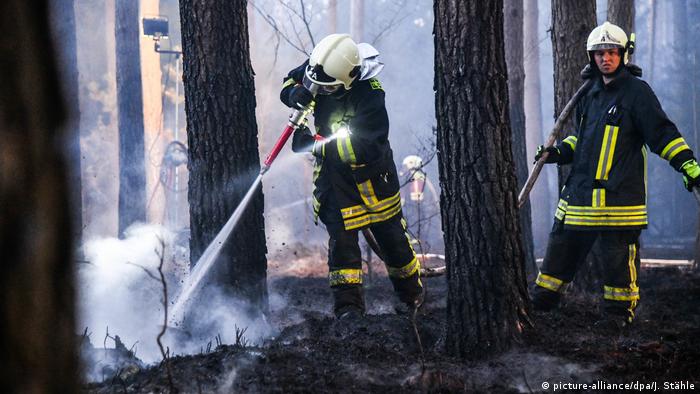 After the fire was reported by police at 3 a.m. (0100 UTC), nearly 100 firefighters were dispatched to a wooded area near the city of Oranienburg, in northern Brandenburg, the state that surrounds Berlin.

By morning, 50 emergency personnel were still on-site extinguishing the flames.

Brandenburg is the state with the highest risk of forest fires in Germany because of its particularly sandy soil and its high proportion of pine forests. In 2018 Brandenburg was hit with a high number of forest fires thanks to an extended drought.

Forest fire alerts have been raised across Germany after a drier-than-average winter, with precipitation dropping from an average of 210 liters per square meter (5.2 gallons per square foot) to 180 liters in recent years.